Follow us on Twitter: Get instant updates on APN, Peace Now, and the latest developments in Israel and the Middle East. Retweet us and help us go viral! 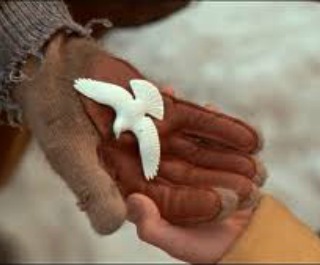 The Telegraph: MEET THE SETTLERS -A journey through the West Bank

The "enough blood and tears" speech, which Yitzhak Rabin, then prime minister of Israel, delivered on the White House lawn on Sept 13 1993, is widely regarded as his finest. The Oslo Accord negotiations had been concluded, and a declaration of intent to end hostilities had been signed; he and Yasser Arafat, the Palestinian leader, had just made history by shaking hands, to thunderous applause.

Two years later, Rabin was assassinated by a Jewish extremist opposed to territorial compromise. In 2000, a bloody Intifada erupted across the region, claiming the lives of about 1,000 Israelis and 3,300 Palestinians. Israeli politics came to be dominated by parties from the political Right and the settlements on the West Bank continued to be expanded.

Sahar Segal suggests that American Jews ought to feel no shame for Israel's actions. Her prooftext is the Talmud where it says “kol Yisrael arevim ze la-ze”—all Jews are responsible for one another.

Settlement watchdog Peace Now said the administration of Israeli Prime Minister Benjamin Netanyahu was pursuing the well-worn path of creating facts on the ground in a bid to block any two-state solution to the Israeli-Palestinian conflict.