They Say, We Say: "A boycott of settlements is not only politically misguided but also pointless."

A boycott of settlements is not only politically misguided but it is also pointless, practically speaking, since it won't have any real economic impact on settlements.

The Israeli right's reaction to settlement boycott efforts demonstrates that settlement supporters, at least, fear boycotts can have a real impact. Indeed, the pro-settler lobby and its Knesset partisans appear terrified of settlement boycotts - so much so that they pushed through a flagrantly undemocratic law against them.

The settlers and their supporters know that boycotting settlements is a big deal. They've spent decades trying to erase the Green Line. They want you to enjoy your wine and your homemade orange soda courtesy of that nifty gizmo that lets you carbonate water in your own kitchen. Pay no attention to the fact that in doing so, you're supporting an ideologically rooted political enterprise with an explicit goal to block a two-state solution. Drink up, and for the love of Greater Israel, don't worry about where it came from.

They Say, We Say: Making a big deal about settlements unnecessarily foments discord between America and Israel.

Are settlements really a problem?

Making a big deal about settlements unnecessarily foments discord between America and Israel.

The U.S. has long opposed settlement activity in the West Bank and East Jerusalem, recognizing settlements as a political and security liability for Israel and an impediment to achieving a negotiated solution to the Israeli-Palestinian conflict. The policy dates back to the birth of the settlement movement and has remained consistent across administrations led by both political parties. This is entirely the correct position for the U.S. and it is unfortunate that successive U.S. administrations have failed to translate this longstanding official opposition to settlements into a coherent policy that has convinced Israel to stop settlement expansion.

For the sake of Israeli-Palestinian peace, the U.S. - regardless of who is in the White House - must convince Israel's leaders that American opposition to settlements can no longer be dismissed. Continued settlement expansion undermines Palestinian moderates, feeds extremism, exacerbates tensions on the ground, and diminishes the chances of achieving a negotiated agreement that could end the conflict. Likewise, Israel's failure to rein in settler renegades threatens the viability of peace efforts. Stay informed and up-to-date about the work of APN and Peace Now. News, op-eds, action alerts and more sent straight to you. There are always new challenges along the path to peace. Volatility in the Middle East, new policy makers and political pressure from all sides, and a continually evolving landscape in and around Israel create seemingly endless obstacles to peace. At Americans for Peace Now we believe peace is possible. But we know it takes work. Working together, we can educate, advocate, and serve as a strong voice that will lead toward peace, security, and stability for Israel.

Whatever you decide is appropriate and meaningful to you, Americans for Peace Now is grateful for your support, and thanks you for your generous commitment to achieve meaningful peace in Israel.

Here are three ways you can help Peace Now and APN work towards a two-state solution that will preserve Israel's Jewish and democratic character.

APN has long been the most courageous, principled voice of Americans who support Israel and know that only peace will ensure Israel’s security, prosperity and continued viability as a Jewish state and a democracy.  Positions advocated for more than two decades by APN and its Israeli sister organization Shalom Achshav (Peace Now) – like calling for the creation of a viable Palestinian state, freezing and evacuation of settlements, and Jerusalem serving as the capital of both Israel and the future Palestinian state – are now recognized by most American Jews and Israelis as basic requirements both for peace and for a secure future for Israel.

APN’s mission is reflected in the following core positions/principles, which animate our work:

We believe unequivocally that Israeli-Palestinian and Israeli-Arab peace are essential to Israel’s security, well-being, and viability as a Jewish state and a democracy. We firmly believe that peace between Israel and its neighbors is a key U.S. national security interest. We recognize the tragic costs, now and for future generations, of failing to make peace. APN and Peace Now in Israel work day in and day out to stop the settlements from hijacking Israel's future. If settlement construction continues, settlements will destroy the very possibility of peace and sentence Israel to a future where it will no longer be viable as both a Jewish state and a democracy.

In Search of a Diplomatic Solution with Iran: 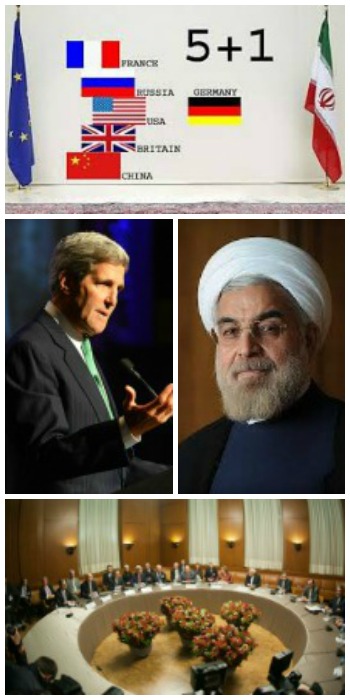 [THIS PAGE TRACKS DEVELOPMENTS PRIOR TO THE JULY 14 ACHIEVEMENT OF THE IRAN DEAL; FOR POST-JULY 14 DEVELOPMENTS, PLEASE SEE OUR IRAN RESOURCE PAGE]

Note: Follow APN’s Director of Policy & Government Relations, Lara Friedman, on Twitter (@Lara_APN) for the best and the latest updates, analysis, and opinion on this topic

April 12, 2015 - Ernest Moniz in The Washington Post: A nuclear deal that offers a safer world

For Zion's Sake... Ask your rabbi or cantor to speak up for a secure Israel

In October, the JCPA published a study reflecting the challenges that rabbis face in expressing their views on Israel. According to this report, about a third of rabbis are reluctant to express these views. Despite extraordinarily deep personal connections, too many rabbis have said that they feel overtly or implicitly pressured to withhold their views and thus are unable to fully serve their communities by teaching or speaking about Israel.

As rabbis and cantors, we mustn’t be afraid. We must engage our communities and speak the difficult truths that will be necessary if Israel's future is to be secure.

Americans for Peace Now, T'ruah, and J Street believe that for Israel to have a future as a Jewish and a democratic state - living within secure, defined and recognized borders - there must be a resolution to the Israeli-Palestinian conflict. Israel’s survival as a Jewish and democratic state can only be secured through stopping settlement expansion, ending the occupation, and negotiating a two-state solution. Secretary of State John Kerry - backed by President Obama- has made heroic efforts to bring all the parties to the negotiating table. Secretary Kerry has taken up the challenge of the Psalmist to “seek peace and pursue it,” but he cannot bring peace on his own. “We really are at a critical point,” said Secretary Kerry “as Palestinians and Israeli leaders grapple with difficult and challenging decisions that lie ahead.”

Join me in declaring that you will speak up for a secure Israel; one that does not occupy another people; and one that understands that the true threat to its existence is a lack of a Palestinian state.

As Jewish moral leaders, we must not underestimate the effect our voices can have. Now is the moment when we must loudly and clearly proclaim that it is because of our commitment to Israel that we stand up and act for the two-state solution. Now, while there is still time. “For Zion’s sake, I will not be silent, and for the sake of Jerusalem I will not rest.” (Isaiah 62:1).

Add your name to our pledge, and after you sign on, we will provide you with resources from all three of our organizations that will help you communicate to your community the urgency of this moment and the necessity for all of us to speak out as Jews and as Americans.

APN on Campus is a go-to resource on Israel and the Israeli-Palestinian conflict. Our APN Research Center gives college students- and anyone else seeking reliable information- the facts from a balanced, credible, and comprehensive source.