"It is these facts on the ground, not the guidelines, which threaten to make a negotiated solution to the Israeli-Palestinian conflict impossible."
--Former EU leaders - including former Spanish foreign minister Miguel Moratinos, who is considered relatively close to Prime Minister Benjamin Netanyahu - wrote a letter saying settlements harm peace and calling on the EU to stand firm on new guidelines forbidding any EU money to institutions or people linked to activities in the W. Bank, Golan Heights, or E. Jerusalem.**

131.
--The dollar price of a round-trip ticket to Turkey for Israelis as Turkey tries to lure Israeli tourists back to their country.**

"There is no doubt some Palestinian news outlets incite against Israel and the Jews, but it is clear this is not an official policy of the PA."
--Tel-Aviv District Court Judge Dalia Gannot completely rejects the testimony of the founder and director of Palestinian Media Watch, Itamar Marcus, making minced meat out of his claims.**

"This thing is being handled like some moonlighting gig."
--Speaking at a conference, Yossi Beilin slams Israel's handling of the peace talks.**

Jake Wallis Simons / The Telegraph (September 11, 2013)
In a special multimedia feature, Jake Wallis Simons takes a journey through the Israeli settlements on the West Bank and meets the inhabitants of the most controversial land on Earth. Read More > 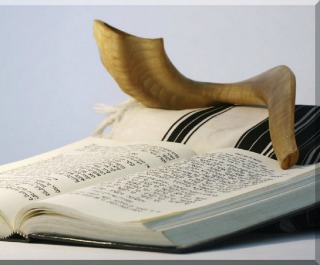 Beginning this Friday evening and continuing through Saturday night, the holiday of Yom Kippur, the Day of Atonement, will be observed by Jews throughout the world.

"The question is, what is the message to commanders who are at the frontline, doing the dirty work and not hiding behind screens..."
--Lt. Col. Shalom Eisner reacts to his 'severe' punishment for beating a peace activist: two months of community service without pa and forced early retirement from the army**

This week Alpher discusses the interim ramifications for Israel of the Obama appeal for congressional support to attack Syria, the most relevant lessons of Oslo right now, as Israel and the PLO once again seek a negotiated solution, and a summary of the outgoing Jewish year, 5773, from the standpoint of Israel's overall security.

"In the end, they will still be sitting in Washington and because of them, the Israelis will be going down to the shelters."

--Maariv political commentator Shalom Yerushalmi on AIPAC's 'help' in getting the US Congress to support a US attack on Syria.**