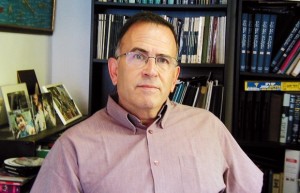 This week, Alpher discusses the flurry of obstructive peace process-related events of the past week, what derailed the process, and what could save it; the broader international situation; more basic or strategic factors informing the crisis; how serious the immediate damage is and how all this affects Israeli politics.

Haggadah Insert: The spirit of DAYENU.

Each year at Passover, Jews read this line in the haggadah, "In every generation a person is obligated to see themselves as if they had left Egypt." Why? Because each of us should understand that in our generation, just as in our ancestors' generation, the status quo is not inevitable. Societies founded on inequality, on domination of others, on ruling those who do not wish to be ruled cannot, in the arc of history, last. In every generation there is a wrong to be righted. Today, it is in our hands to right it.

This year, you can add flavor to your seder by sharing this thoughtful reflection by Rabbi Fred Scherlinder Dobb. Rabbi Dobb, who has written previously for Americans for Peace Now, has graciously contributed our 13th haggadah insert. In it, he asks us to make peace with the idea of limits.

Since 2001, Americans for Peace Now has asked rabbis from the extended APN family to contribute reflections on the haggada: that story which has for centuries been understood as the archetype of liberation. Many of us have made these reflections a permanent part of our seder - we hope you will, too. You can find them here.

May we all enjoy a sweet and liberating Passover,

Submitted by Rabbi Fred Scherlinder Dobb (2014)
To be read after the meal, just before the search for the afikomen. (Tzafun)

This week, Alpher discusses what Olmert's conviction for receiving bribes means for the peace process; why Netanyahu refuses to release veteran terrorist prisoners who are Arab citizens of Israel; how this issue jibes with a new Israel Foreign Ministry document that appears to find legal justification for Avigdor Lieberman's proposal to transfer Arab-populated parts of Israel to Palestinian sovereignty under a two-state redrawing of borders.

By now everyone has realized that there’s a new issue on the Israeli-Palestinian negotiations agenda that’s not going away: The demand that the Palestinians not only recognize Israel - something they have done repeatedly, starting in 1993 - but that they recognize Israel as "a Jewish state," or some similar wording. No such “recognition-plus” demand was made of Egypt or Jordan, nor was it mentioned in the Oslo agreement or subsequent Israeli-Palestinian documents. It made a brief appearance in the Annapolis talks of 2007, but only as a marginal issue. Only In 2009 did it truly come into play, courtesy of Benjamin Netanyahu. 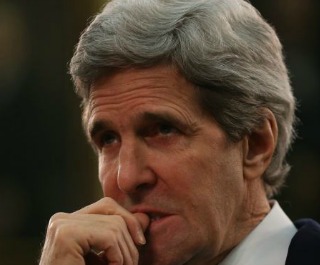