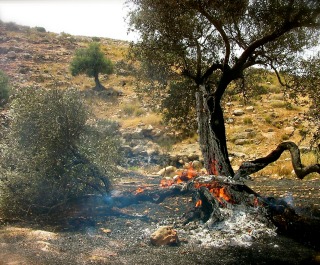 I recently joined APN's board as I feel strongly that this is a pivotal moment for the peace movement in Israel and for Israel's future. As we usher in 2014, we are halfway through the time allotted for this round of peace negotiations. Soon we will know if President Obama and Secretary Kerry were successful in getting Israeli and Palestinian negotiators to agree on the outlines for a future peace deal. 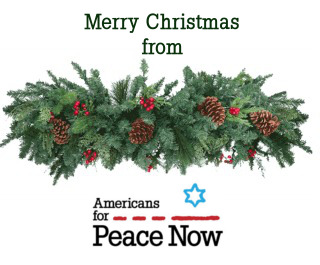 We at APN know a thing or two about Christmas. We know it is the holiday that celebrates peace, and as you know, "peace" is our middle name. On this Christmas day, Americans for Peace Now embraces our Christian supporters and sends them our warm wishes for a Merry Christmas and a Happy New Year, a year of peace and light.

This week, Alpher gives an interim assessment of ramifications for the region on the three year anniversary since the outbreak of the Arab revolutions and where this leaves the United States and Israel, discusses whether Sunday's terrorist bus-bombing in Israel is part of a new escalation, and comments on the latest Snowden revelations regarding American eavesdropping on senior Israeli leaders' cell phones and emails.

We knew the fight to keep Iran-focused diplomacy alive wasn't over - and we were right. Yesterday, Senators Menendez (D-NJ), Kirk (R-IL) and a group of 25 colleagues introduced a new and highly problematic Iran sanctions bill in the Senate - S. 1881, ironically named the "Nuclear Weapon Free Iran Act of 2013." This bill, introduced just before the Senate breaks for the year, will be the focal point of anti-diplomacy efforts for the coming period.

Peace Now has produced a position paper on a controversial bill proposed by Knesset members Ayelet Shaked (Habayit Hayehudi) and Robert Ilatov (Yisrael Beiteinu) on December 15th. The bill passed a vote of the Ministerial Committee on Legislative Affairs, with the support of ministers from Shaked's party and from Likud-Beiteinu. The bill would require any organization that receives funding from a foreign country to pay 45% tax of the funding received, if the organization or members of its board of directors call for the Prosecution of IDF soldiers, boycotting of Israel or its citizens, or if the organization denies the existence of the State of Israel, incite racism or supports the armed struggle of an enemy country or of a terror organization.

In Spite of the Weather 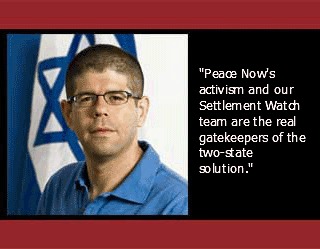 Last Friday, Peace Now hosted its annual Conference of the Israeli Progressive Peace Camp. The evening before the conference, my team and I were very concerned. The forecast predicted the worst storm in a century, and we were afraid not many people would brave the weather and attend. However, by 8:30 the next morning, hundreds of people had already arrived, surpassing even our most optimistic estimates. The large auditorium quickly filled, and we had to argue with the ushers to get more people inside the room. Despite the weather, we happily welcomed over 700 people and 70 speakers who had awakened early to travel through snow, rain and cold, to take their place with the peace camp.

Highlights from Peace Now's Conference of the Israeli Peace Camp

Take a look at this terrific video showing highlights from Peace Now's Conference of the Israeli Peace Camp this past week.

Peace Now is still receiving accolades from participants and notes from those who wanted but were unable to attend because of the "Storm of the Century."