Pinchas: When the head is unworthy, the people are punished

Rabbi Simkha Y. Weintraub, LCSW serves as Rabbinic Director of the Jewish Board of Family and Children’s Services in New York City, working with individuals who are ill,  bereaved, or survivors of trauma, through Jewish spiritual counseling, support groups, workshops and printed materials.  He has been deeply involved in human rights advocacy, Jewish-Muslim relations, interfaith exchanges, and the nexus of spiritual resources and mental health for over thirty years.

This week’s  Torah portion is named for a man –Pinhas-  who represents both heroism and horror in our tradition. It is, to say the least, complicated in terms of role models for leadership. In contrast, Moshe,  recognized as the greatest of the Jewish people’s leaders, and who in this week’s portion is engaged in the search for his impending replacement,  ‘advises’ the Almighty regarding his successor and in so doing, offers a prescription for a good leader.

Moshe’s counsel as set out in these three verses and elucidated by a number of Torah commentaries, points to the leadership challenges the state of Israel faces at present, with a current leadership that has  failed to take the actions that would result in the much desired goal of security and peace for Israel, and for the Palestinians as well.

Korach: Challenger of the Status Quo?

Korach gathers 250 ‘princes of the assembly’ and confronts Moses and Aaron: “You take too much upon you…seeing that each of us is holy.”   Moses, abject, tells his challengers to bring offerings to the sanctuary the next day so that God can determine who is holy.   God’s punishment is swift and violent.   He immediately kills Korach and his followers; the 14,700 souls who stood with them are swallowed by an earthquake.   Imagine a 13-year-old having to deconstruct this parsha for his/her bar or bat mitzvah!

What are we modern readers to make of this tale and what relevance does it have for us today?  The answer is that it depends on the way one views Korach.   Was he a jealous competitor, miffed because Moses passed over him, a first-born son who lost the priestly leadership to Aaron, the younger son of his uncle?   Or was his a legitimate challenge to Moses’ perceived failures of leadership?    Was he rebelling against God who made the choice? Did Korach posit a more democratic form of leadership? If everyone is holy, each person can decide for himself how to act.  No supreme leader is needed.

Rabbi Jonah Geffen serves as the spiritual leader of Congregation Shaare Zedek. A member of the New Shul's Rabbinic Havurah, Rabbi Geffen was the National Rabbinic Director for the J Street Education Fund and spent two years as a Marshal T. Meyer Rabbinic Fellow at Congregation B’nai Jeshurun on the Upper West Side.

The Torah instructs the Israelites how to celebrate the upcoming holiday of Shavuot:

In the book of Deuteronomy (ch. 26) we read that upon entering and dwelling in the Land of Israel, the people are to take the “first of all the fruit of the ground” (v. 2), bring it to a designated place, and give it to G-d. As the priest takes the produce, the person who has brought it is to state as follows:

(26:5) And thou shalt speak and say before the LORD thy God: ‘Arami oved avi, and he went down into Egypt, and sojourned there, few in number; and he became there a nation, great, mighty, and populous…. (10) And now, behold, I have brought the first of the fruit of the land, which Thou, O LORD, hast given me…

Arami oved avi. A seemingly simple phrase can actually be understood in two very distinct ways. Rashi, the 11th century sage sees a past of survival and near genocide. He focuses on the narrowly escaped destruction of the Jewish people. Rashi explains that when the pilgrim brings first fruits “He mentions the loving kindness of the Omnipresent saying, arami oved avi - an Aramean destroyed my father, which means: “Laban wished to exterminate the whole nation” when he pursued Jacob” (Rashi on Devarim 26:5). He emphasizes that this fate is one of which we remain at risk: this (near destruction) happened to us. Genocide is in our immediate past, because this happened to my father. 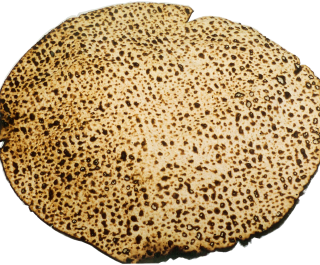 Peace Parsha: A Calculation of Suffering

Rabbi Rachel Miller Solomin is a Jewish educator, writer, life coach, and mother living and working in California’s Silicon Valley. She was ordained from the Ziegler School of Rabbinic Studies in 2001.

Several years ago, on a bright California Sunday, I had a car accident involving pedestrians.  By maneuvering my car, I had avoided hitting them head-on. The family involved incurred only minor physical damages, but they were traumatized.

Since then, I have been struck by the relationship of these events to the Jewish laws of monetary damages. This week’s Torah portion, Emor, contains the biblical origins of these laws: “If anyone maims his fellow, as he has done so shall it be done to him: fracture for fracture, eye for eye, tooth for tooth. The injury he inflicted on another shall be inflicted on him” (Leviticus 24:19-20, my emphasis). This formula, known variously as the lex talionis, reciprocal or retributive justice, assigns penalties appropriate to the injury. In the Torah, “an eye for an eye” is intended to limit consequences to proportional justice rather than permitting vengeance killings in response to minor injuries. When the accident happened, I ran out of my car and collapsed, sobbing apologies, beside scared, crying children in their stroller. The children’s mother suggested I move away from the kids -- ”If my husband sees you, he’ll kill you.”

Rabbi Justin Goldstein was ordained in 2011 by the Ziegler School of Rabbinic Studies at the American Jewish University in Los Angeles, is a 2012-2013 Rabbis Without Borders Fellow and has served Congregation Beth Israel in Asheville NC since 2014.

Often dismissed as irrelevant or boring, Parashat Tzav details some of the ritual procedures for the sacrificial offerings which were made in the Mishkan - the portable sanctuary the Children of Israel carried in the wilderness - and, eventually, offered in the Temple. Among others, there are three types of offerings specified in this week’s Torah portion which I would like to focus on.

Peace Parsha: Purim - A fantasy of our worst selves

Rabbi Esther L. Lederman is Director of Communities of Practice at the Union for Reform Judaism.  She previously served as the associate rabbi at Temple Micah in Washington, DC.

As children, we were given a sanitized ending:  Queen Esther and Mordecai save the Jews from destruction at the hands of Haman and his minions.  Much merriment ensues, with food and drink. Mishloach manot (gifts of food) are sent to neighbors and friends as a way of offering thanksgiving for being saved from the gallows.

Our rabbis, teachers, and parents didn’t want us to know how it really ended.  The truth was kept hidden.

Two simple Hebrew words. I have heard them over and over again, from rabbis, Jewish educators, and lay-leaders. At my Jewish summer camp, we shouted it at the top of our lungs at the end of Bir’kat Hamazon every Shabbat. At a Reform congregation where I was a member, it was inscribed in huge letters on the synagogue’s ark.

Na’aseh V’nishma comes from this week’s Torah portion – Parashat Mishpatim. According to the most common interpretation of it (drawn from Pirkei d’Rabbi Eliezer among other sources), the sequence of the words is of the utmost importance. According to this school of thought, the best translation is really “We will accept [God’s commandments], and then we will understand.” The words indicate, in effect, that the Israelites will do whatever the Torah says – even though they don’t even know what that is yet. Many have lauded the Israelites’ behavior in this Mid’rash. That our ancestors were so willing to trust God, obeying a document they hadn’t even read yet, is, in their opinion, praiseworthy.

I can’t agree. The reason is that, in today’s world, injustice thrives. It runs rampant, in our own society and all around the world. That includes the West Bank and Gaza, under military occupation by the Israeli government for almost fifty years. Our relationship to this injustice – all injustice really – cannot be one of “we will accept it, and then we will understand.”

Peace Parsha: Targeting Innocents for the Crimes of Others

In the last Torah portion of Genesis, Jacob lies on his deathbed. Frail yet determined, he summons his twelve sons, along with Joseph’s children, to his bedside. To some he offers praise and blessings, while others receive chastisement. Two sons in particular, Simeon and Levi, are rebuked for their violent tendencies. Jacob exclaims, “Simeon and Levi are a pair; weapons of violence their kinship… for in their anger they slew men; and when it pleased them, they maimed animals” (Genesis 49: 5-6). Earlier in Genesis, Jacob’s daughter, Dinah, had been kidnapped and sexually assaulted by a man in a neighboring town. Simeon and Levi then killed every male in that town and seized all the women, children, livestock, and property as revenge. Simeon and Levi punished the entire town for the crimes of a few.