Haaretz - Explained: How Big an Obstacle Are Israeli Settlements to Peace?

Trump recently said that advancing settlement construction is unhelpful for peace, but which settlements exactly he was referring to is open for interpretation.

If his latest statements are any indication, U.S. President Donald Trump may be having second thoughts about how unharmful Israel’s West Bank settlement project is to the peace process.

In an interview published on Friday with the Israeli daily Israel Hayom, Trump described himself as “not someone who believes that advancing settlements is good for peace,” and urged the government to “act reasonably.”

“There is limited remaining territory,” Trump said. “Every time you take land for a settlement, less territory remains.”

In a statement issued through the White House a week earlier, he said that although settlements per se were not an impediment to peace, “the construction of new settlements or the expansion of existing settlements beyond their current borders may not be helpful in achieving that goal.”

America’s unpredictable new president may be a bit more forthcoming about where he draws the line when he meets with Prime Minister Benjamin Netanyahu on Wednesday. Meanwhile, his statements have been interpreted as a green light for Israel to continue building within the settlement blocs, though not beyond them.

Settlement blocs refer to the larger Jewish population centers located in the West Bank, many of which are close to the Green Line, or the borders of the 1949 armistice agreement. Many of them fall on the Israeli side of the incomplete separation barrier Israel began building nearly 15 years ago during the second Palestinian uprising.

Today, January 24 2017, Prime Minister Benjamin Netanyahu and Defense Minister Avigdor Lieberman issued a statement announcing the promotion of approximately 2,500 housing units in the settlements. This is the largest announcement since U.S. Secretary of State John Kerry's negotiations efforts between Israelis and Palestinians.

Peace Now: "Netanyahu is taking advantage of the presidential transition in the United States in order to appease the settlers, a small minority of the Israeli public, and score political points with his right flank. Instead of jeopardizing the two-state solution, it is time for Netanyahu to take responsibility for the future of Israel by halting settlement construction and assuring the future of Israel as both Jewish and democratic."

The Stealth Campaign to Use U.S. Law to Support Settlements: Taking the Battle to the States - Updated/Expanded Table

In 2014, opponents of boycotts, divestment, and sanctions (BDS) against Israel began promoting legislation in various U.S. states denouncing the BDS movement. In 2015, these efforts shifted/expanded to mirror efforts in the U.S. Congress to hijack concerns about BDS against Israel in order to pass legislation mandating that Israeli settlements be treated, in effect, as part of sovereign Israel.

According to media reports, a compromise has been reached between Prime Minister Netanyahu, Naftali Bennett and Attorney General Avichai Mandelblit regarding the relocation of the Amona settlers. The solution agreed between the three, based on media reports, includes the evacuation of Amona and the relocation of the Amona settlers to four plots  (number 28, 29, 30, 38 as can be seen in the map below) in a nearby hill on absentees' property (abandoned property) through a renewable two year lease. These lands are private lands and their use for the purpose of settlement is contrary to previous legal opinions of the State. As shown in previous cases, such as that of Migron, the temporary lease could quickly become permanent and allow for the establishment of a new official settlement on private Palestinian lands. To read a Peace Now position paper on this issue click here.
Continue reading

This morning (December 2) a plan for temporary housing on three plots of absentee property near the illegal outpost of Amona was deposited. This was done through a special order - originally used for the Migron settlers - which allows for the promotion of plans in an expedited process. It is now clear that the government is promoting temporary housing for the Amona settlers in the nearby absentee property, despite Israel’s legal interpretation since 1967 according to which absentee property cannot be used for the establishment of settlements.

It is important to note that while the plan is for eight months only, in the settlements what is temporary usually becomes permanent. For example the two year long temporary housing for the Migron settlers from in Givat HaYekev (or the New Migron) is still in place.

by APN 11/29/16
Share
News from Peace Now:
With an expected vote on the regulation bill at the Knesset tomorrow (November 30), Peace Now exposes the scope of construction on private Palestinian lands and the implication of the bill on the two state solution in a new report.
According to a Peace Now count the regulation law will result in the retroactive legalization of 55 illegal outposts and of approximately 4,000 housing units in settlements and illegal outposts.

Peace Now views the regulation law as a grand land robbery, which will lead not only to the expropriation of 8,000 dunams of private Palestinian lands but might also rob Israelis and Palestinians of the possibility of arriving at a two state solution.

Last Friday, the UN Security Council held a meeting organized under the title “Illegal Israeli Settlements: A Threat to Peace and the Two-State Solution.” Americans for Peace Now proudly took part in that event, offering testimony grounded in love for Israel and expressing an unwavering commitment to Israel’s security and its survival as a democracy and a state rooted in the Jewish values expressed in its Declaration of Independence. Of course, that testimony also dealt with the settlements, explaining why they are detrimental to the cause of Israeli-Palestinian peace and therefore to Israel’s national security interests.

Many people, both inside and outside Israel, were happy to see a pro-Israel, pro-two-state organization delivering a nuanced, fact-based presentation at this event. Others were less enthused, most notably Israel’s ambassador to the United Nations, Danny Danon, who accused APN of participating in “diplomatic terror” against Israel. Likewise, Prime Minister Benjamin Netanyahu took to social media to call APN’s arguments “deluded.” And now, in this newspaper, the former head of the Union of Reform Judaism, Rabbi Eric Yoffie, criticized APN’s testimony as a “mistake” – not for the facts it conveyed or its tone, but for the timing and location of its delivery.

APN's Lara Friedman in The Times of Israel: Is the JFNA Legitimizing Settlements?

Last week, Jewish Federations of North American (JFNA), an organization representing federations across the United States, opened the door, as a matter of formal policy, to taking Americans to visit Israeli settlements. These are the areas located east of the 1949 Armistice line separating Israel and the occupied territories (aka “the Green Line”) in which Israel has been actively settling its citizens since 1967. This decision, upending longstanding JFNA policy, doesn’t come in a vacuum. Rather, it comes in the context of a campaign to legitimize settlements in the eyes of American law and in the minds of American Jews – contrary to consistent U.S. law and policy since 1967 rejecting the legitimacy of both settlements and the occupation, and contrary to the vital interests of Israel.

Make no mistake: Settlements are the bricks-and-mortar expression of an ideology that prioritizes land over peace, and values the expansion of Israel’s borders over Israel’s democracy, over its security, and over good relations with the world. Generations of Israeli generals and security experts have concluded that a peace agreement with the Palestinians is vital to Israel’s security, and that such an agreement will have to be based on the Green Line, with limited border modifications agreed to by both sides. Continued Israeli settlement expansion and obfuscation of the Green Line threaten the achievement of such an agreement and undermine Israel’s security.

Earlier this week Haaretz reported that a new illegal outpost is being established on private Palestinian land near Givat Salit and near the Palestinian community of Al-Khaimah. Yesterday (25.10) the settlers moved the outpost from the private lands and re-established it on "state lands" in a nearby hill.

It is yet to be seen whether the government takes action to evacuate the illegal structures or allows for the substantiation of a new outpost.

All of the structures in Al-Khaimah were demolished completely by the Civil Administration approximately a month ago and Peace Now tends to think that the demolition of Al-Khaimah and the establishment of the new outpost are related, in the sense that the settlers exerted pressure on the government to demolish specifically in that area. Furthermore, It is possible that the new illegal outpost is meant to serve as a bargaining chip by the settlers, who will demand demolitions of more Palestinian homes if the government will seek to enforce the law and evacuate them. Peace Now is familiar with at least one case in which this method was utilized by the settlers, when two years ago settlers established an illegal outpost near the settlement of Maskiyot and the Palestinian community of Ain al Hilweh and agreed to evacuate only after several Palestinian homes were demolished. 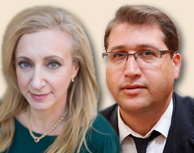 In the October 14, 2016 briefing call with APN's Lara Friedman and Israeli Legal Expert Michael Sfard on the UNSC Session on Israeli Settlements, they discussed the threat to Israel's security and the two-state solution posed by settlements, the dangers of unilateral withdrawal, and the possibility of further action at the UN.