“By now everyone has realized that there’s a new issue on the Israeli-Palestinian negotiations agenda that’s not going away: The demand that the Palestinians not only recognize Israel - something they have done repeatedly, starting in 1993 - but that they recognize Israel as "a Jewish state," or some similar wording. No such “recognition-plus” demand was made of Egypt or Jordan, nor was it mentioned in the Oslo agreement or subsequent Israeli-Palestinian documents. It made a brief appearance in the Annapolis talks of 2007, but only as a marginal issue. Only In 2009 did it truly come into play, courtesy of Benjamin Netanyahu...” 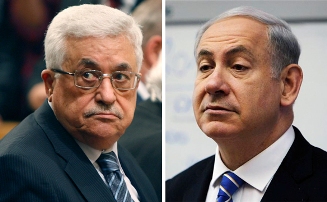 Zvi Bar’el in Haaretz+, March 26, 2014: A Jewish nation-state is for Israelis with identity anxiety

Hussein Ibish, Haaretz+, March 13, 2014: How many times must the Palestinians recognize Israel?

Donniel Hartman, Times of Israel, March 11, 2014: A Jewish state: It’s our problem, not theirs

Haviv Rettig Gur, Times of Israel, October 7, 2013: The nature of peacemaking according to Netanyahu

Tal Becker, WINEP brief, February 2011: The Claim for Recognition of Israel as a Jewish State: A Reassessment

Hussein Ibish, Foreign Policy, May 25, 2011: Should the Palestinians Recognize Israel as a Jewish State?