Jerusalem on the U.S. Passport 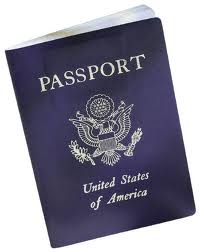 "Our government's policy of refusing to formally recognize Israeli sovereignty in Jerusalem is difficult for many of our fellow members of the American Jewish community to accept. But recording someone's birthplace as "Jerusalem" rather than "Israel" in no way threatens our religious, spiritual, and historical attachment and claims in the city. In our hearts, 'Yerushalayim shel Ma'lah - celestial Jerusalem - is and will forever be Israel's capital. However, 'Yerushalayim shel Matah - mundane Jerusalem of daily life on the ground - poses extremely delicate and volatile foreign policy and national security challenges. These challenges cannot be addressed through heavy-handed Congressional declarations or legislation, and they cannot be resolved by the courts. They can only be resolved through Israeli-Palestinian negotiations and a peace agreement that delivers a two-state solution to the conflict."