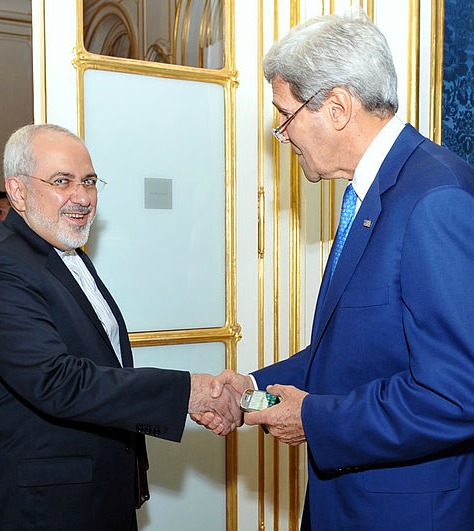 War is Boring 7/15 (Joe Cirincione & Geoff Wilson): The Cavalier Crusade for a War With Iran

Politico 7/15: Inside the Plan to Undo the Iran Nuclear Deal

7/14: Declaration by the High Representative on behalf of the EU on the one year anniversary of the JCPOA

The Hill 7/14 (Tom Collina of Ploughshares) 7/14: The Iran deal is working. Don’t mess with success.

Center for a New American Security (CNAS) 7/14: The JCPOA with Iran, One Year Later

HuffPo 7/14 (Rep. Jan Schakowsky, D-IL): Let’s Celebrate The One-Year Anniversary Of The Iran Deal Instead Of Undermining Its Progress

Politico 7/14: Kerry: Iran nuclear deal has 'made the world safer'

The National Interest 7/13: Why America Needs an Interests Section in Iran

New York Times 7/13: Iran Sticks to Terms of Nuclear Deal, but Defies the U.S. in Other Ways

Washington Post 7/13: Corker has a new Iran sanctions bill, but more bipartisan support may be hard to come by

The Atlantic Council 7/12: A Year On, Iran Nuclear Deal is Working, but Challenged (Barbara Slavin)