They Say/We Say: "The conflict with Israel has nothing to do with territory"

The Arabs' conflict with Israel has nothing to do with territory. It is all about the Arabs' hatred of Jews. In other words, what fuels this conflict is anti-Semitism, and trying to make peace with anti-Semites is futile. It will never work.

Anti-Semitism unfortunately exists in the Arab world, as it does everywhere. It would almost certainly continue to exist even if there were peace. And, problematically, in the Arab world and elsewhere, anti-Semitism and anti-Israel sentiment - fanned by images of violence and injustice that the conflict produces - are often difficult to distinguish.

Can a peace agreement be stable, even if some Arabs are anti-Semites? Can peace hold if the parties to a peace agreement still harbor prejudice and hatred? The answer is yes. Look at the peace treaties that Israel reached with Egypt and Jordan: anti-Israel and anti-Semitic sentiments held by many Egyptians and Jordanians didn't get in Israel's way. Nor did these sentiments stop peace from taking hold and standing the test of time.

Both agreements were concluded after years of animosity and war. In both cases, today there is still little warmth between the peoples. But the peace treaties have delivered a level of stability and security to Israel unimaginable prior to their signing.

Similarly, an Israeli-Palestinian peace agreement can deliver huge benefits for Israel. It can help Israel better defend itself, normalize its presence in the Middle East, and address its demographic crisis, despite the hatred that is present. It can also dramatically improve Israel's standing internationally and pave the way for broader peace between Israel and the rest of the Arab world.

Palestinian leaders have repeatedly recognized Israel, expressed their readiness to live side-by-side in peace with their Israeli neighbors, and committed themselves to non-violent means. There are clear signs that the Arab world is ready to accept Israel, including the 2002 Arab Peace Initiative, offering Israel full peace and normal relations with all of the Arab states.

A peace treaty will not instantly erase Arab anti-Semitism. It will also not erase the deep-seated Israeli suspicion of Arabs and the often racist attitudes Israelis hold towards them. Decades of anger, fear, and hatred will not disappear overnight. But it will be significantly easier for Israelis and Arabs - for Jews, Christians and Muslims - to overcome these challenges in the context of a peace agreement and normalized relations. 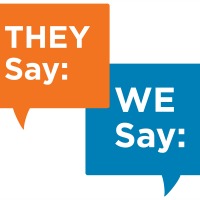