An article in today's Haaretz reports on recent data released by Israel's Ministry of Defense regarding some of the actions taken under the current Minister of Defense, Moshe Yaalon, to promote settlements. The data covers only the first four months of Yaalon's tenure in office (mid-March through mid-July 2013). As we observed when the new Israeli coalition was announced, "the Minister of Defense...is effectively the reigning sovereign in the West Bank...In the new coalition, that position will be held by Moshe Ya'alon (Likud-Beiteinu), who has been a strong ally of the settlers."

As noted in the Haaretz article, this data was released following a request by the Israeli Peace Now movement under Israel's Freedom of Information law. Following publication of the Haaretz article, Peace Now released further information and analysis regarding the Ministry of Defense data, examining what it means both on its own and in combination with data covering July 2013 through the present. The text of that reports is included below. The full report, which includes a table laying out all the approvals (both those in the Ministry of Defense data and those in the period not covered in that data) can be viewed/downloaded here.

Full details behind today's Haaretz article:
Data Confirms that Minister Yaalon Is Acting as the Minister of Settlements
December 3, 2013

Six months ago, Peace Now sent a letter to the Ministry of Defence requesting data regarding all settlement-related plans promoted by Minister of Defence Moshe Yaalon. Peace now requested this information under Israel's Freedom of Information law.

The data Peace Now received from the Ministry of Defence, which has now been analyzed, is limited to the period from November 2012 through July 2013. Analysis of this data, combined with data collected by Peace Now regarding the period covering July 2013 through the present, offers a comprehensive understanding of what was and is being promoted in the settlements by the Minister of Defence.

"The Defence Minister has become a rubber stamp of the Yesha Council of the Settlements and settlers. Despite attempts to conceal most of the information, we were able to uncover a wave of construction authorizations by means of the Freedom of Information Law, as well as plans for almost 9,000 housing units in nine months.

"Behind the scenes, the Minister of Defence and the Minister of Housing and Construction are continuing to promote construction plans which, if they are fully realized, will change the map of the West Bank significantly. The Prime Minister must instruct his ministers to stop advancing the plans." 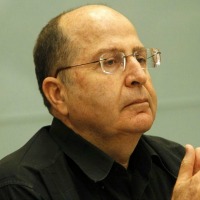