Peace Now's Hagit Ofran gives a briefing to the group on the Mount of Olives, overlooking the Temple Mount / Noble Sancuary 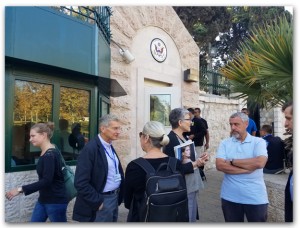 Waiting to enter the US Consulate in Jerusalem for meeting with Consul General Donald Blome. 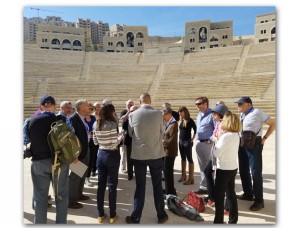 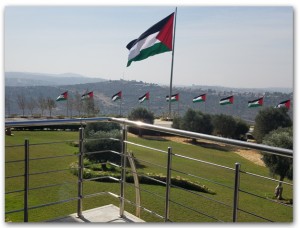 Two pictures above is the amphitheater, and directly above are the flags of Rawabi, the first Palestinian planned-city in the West Bank 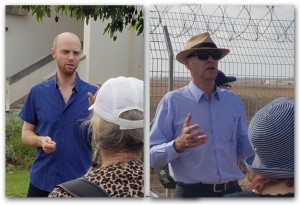 LEFT: Israeli Journalist Amir Tibbon talks about living at the border with Gaza. Tibbon covered the most recent Gaza War and one month later moved from Tel Aviv to Kibbutz Nahal Oz. RIGHT: Maj. General (ret.) Noam Tibbone (yes, he is Noam's father) spoke about security needs with Gaza directly behind him. 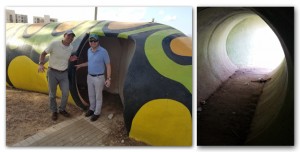 The only "bombproof playground" is in Sderet, Israel near Gaza. On the left is the outside of the play structure/shelter, and on the right is a view from the inside.