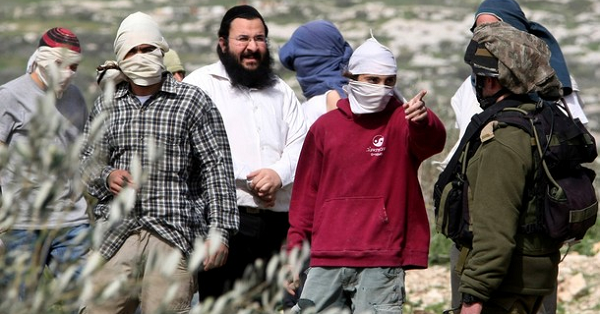 Violence by settlers in the occupied territories has accelerated during 2017, marked by deeply troubling recent incidents. The United Nations Office for the Coordination of Humanitarian Affairs (OCHA) documents that following a three-year decline, violence by Israeli settlers increased 88 percent in the first half of 2017 when compared with the level in 2016. During that six-month period, OCHA recorded 89 incidents which resulted in 33 Palestinian casualties (including 3 fatalities) and damage to Palestinian property. Significantly, these figures do not include incidents in which Palestinians were threatened or intimidated but did not suffer physical harm or property damage. The rising trend of settler violence appears to have continued unabated over the past couple of months.

Numbers alone cannot adequately tell the story and describe the toll of such violence, which includes so-called “Price Tag” attacks in which settlers punish government law-enforcement actions aimed at settlements or settlers with revenge attacks directed against Palestinians or Israeli security forces.

Particularly gripping is the August 24th incident near Hebron documented by B’Tselem in which settlers from Kiryat Arba shouted vulgar threats and profanities at their Palestinian neighbors. The event is telling, as it weaves together the racism, misogyny, and sense of impunity that characterizes many settler provocations – which need not rise to the level of physical violence in order to intimidate and threaten Palestinians.

Some incidents, of course, have involved actual violence. One such event occurred on August 3rd when several settler youths attacked and threatened the Arab driver of an Egged bus as he drove his route through the settlement of Bat Ayin in Gush Etzion. The perpetrators reportedly drew a pistol on the driver who was able to make a hasty escape. As a result, in consultation with the Israeli Civil Administration in the West Bank, Egged decided to terminate bus service to Bat Ayin. In another incident on September 10th, graffiti including anti-Arab slogans spray-painted in Hebrew was found in the Nablus district, home to the

Lack of Israeli accountability for settler attacks against Palestinians continues to be a problem. Israel, as the occupying power in the West Bank, bears legal responsibility to guard Palestinian civilians from violence and prosecute the perpetrators. While the Shin Bet has recently increased the use of administrative detention without trial against those (especially the so-called “hilltop youth”) who carry out Price Tag attacks – a tool long used against Palestinian suspects – the vast majority (92 percent) of complaints filed by Palestinians with Israeli police are dropped without charges filed.

By contrast, Palestinians attempting to harm settlers are often subject to the use of force. On September 13th, a 13-year-old Palestinian boy allegedly attempting to commit a stabbing attack was shot near the entrance to Kiryat Arba. The wounded teen claimed that he had been trying to commit suicide at the hands of Israeli soldiers.