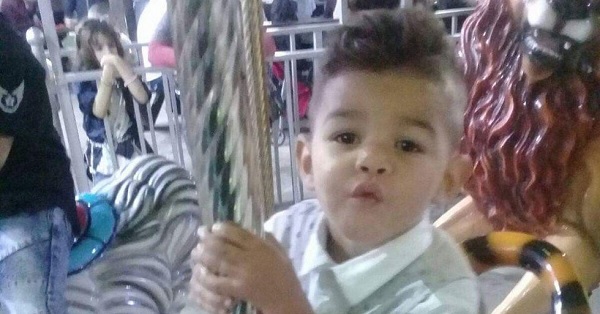 You Must Be Kidding:
"I want to hug my son and they won’t let me. Every day my son asks me, 'Dad, when will you come home? I want to kiss you and play with you.' When I hear that I start to cry. I worked in Israel without a permit, but it was only to support the family. I never hurt anyone. I am an honest man.”
—Atia Shenran, 25, who lives in Gaza, wants to visit his son, who lives in the West Bank and whom he has never met, but Israel’s Coordinator of Government Activities in the Territories said that Shenran does not meet the required criteria in order to receive the needed entry permit.**
Front Page:
Haaretz
Yedioth Ahronoth
Maariv This Week (Hebrew links only)
Israel Hayom

News Summary:
Israel strikes on two fronts after rockets from Syria fall in northern Israel and an Israeli soldiers is shot and wounded on the Gaza border, meanwhile, the protest of Druze against the Nation-State Law gains traction and Israeli Prime Minister sets to meet with Druze leaders making top stories in today’s Hebrew newspapers.

Israeli air defense systems failed to intercept two BM-21 rockets and the IDF didn’t even know the suspected-ISIS rockets crashed into Lake Kinneret until being informed by eyewitnesses.

On the Gaza border fence, a Palestinian gunman shot and wounded an Israeli officer, who was involved in ‘dispersing a riot’ of Palestinian children. The sniper is believed to be a member of one of the smaller factions in Gaza that do not answer to Hamas. However, since Hamas controls the border area, the IDF sees it as responsible for everything that happens there. The IDF accused the shooter of luring the soldier within the sniper’s range by using children as ‘bait.’

The Israeli military responded and killed three people in aerial attacks on Hamas targets in Gaza and injuring others in Gaza. Israel continued to battle more fires from incendiary balloons and Hamas officials said they can’t call for an end to airborne firebombs until Israeli forces ease the siege on the Gaza Strip.

Meanwhile, a former Pentagon official will head a three-person UN commission of inquiry to investigate the violence on the Gaza fence. Netanyahu was not happy with the UN’s choice, saying the UN Human Rights Council has “once again proved that it is a hypocritical and biased body.” David Crane is a law professor who indicted, among others, the President of Liberia, Charles Taylor.

Education Minister Naftali Bennett admitted that the Jewish Nation-State Law marginalizes our 'Druze brothers,’ but he still stands behind his decision to support the controversial legislation. Druze leaders called the law an "extreme act of discrimination" and now Netanyahu will convene a discussion with Druze leaders on the law.

Features:
Born-again BDS: Barred from Israel, South African model becomes boycott movement's star
A South African celebrity model and actress is the latest star of the Israeli government’s campaign to send a clear message to public figures who publicly advocate for any form of boycott against Israel: stay away. (Allison Kaplan Sommer, Haaretz+)
How did Israel became a superpower in the field of IVF?
Forty years after the birth of the first test tube baby in the world, about 7,000 babies are born in Israel each year, and full funding is given for the complicated procedure. How did it happen? (Ilana Stutland, Maariv Magazine supplement)
How religion and identity politics were harnessed to create an unstoppable political force in Israel
'The Unorthodox,' which opens this year’s Jerusalem Film Festival, looks at the birth of Shas – the religious party that is a political kingmaker and the swing vote on any peace deal. (Asaf Shalev, Haaretz+)

Commentary/Analysis:
I am not allowed to speak to children in Israeli schools. Even more worrying, these people can (Hagai El-Ad, Haaretz+) B'Tselem Executive Director Hagai El-Ad says attempts to silence Israelis speaking out about the occupation are ultimately doomed to failure, but only if the international community refuses to accept it.
A meeting on Tisha B'Av made clear to me how great the gap is between the left-wing and the settlers (Ran Adelist, Maariv) In the room sat the best of them. Liberal Democrats and secularists - in other words, the privileged. Most of them well-established and well-known, aged 50 plus-plus. Most of them are… concerned about the fate of the state, looking for every way to save it and plowing to change the situation. Definitely not a tired or sleepy left-wing group. The proposals were not absolute solutions, these are people who understand politics. There is no point in detailing that everyone knows all the proposals, from referendum to separation even without an agreement, or how to reach an understanding with the Mizrachi communities (from here you learn about the composition of the forum), etc...A settler attended, who is known for his military background, and for once saying that "in order to defeat (the Palestinians), a price must be collected so that the enemy will do everything in order to stop the fire or give in. Three elements must be harmed: the government, the physical infrastructure - water, electricity and fuel - and its people.” The stunned interviewer asked: “Just kill civilians?” And the man answered: "Yes. This should be the equation, and nothing else. It's cruel, it's cold, but that's what it is.” At the end of the attack-event, which was supposed to be a “constructive dialogue,” someone asked the left-wing man to summarize, and he took the floor to explain once more why the (settler) guest was the real enemy of the state that we are trying to save.
Israel Just Turned Israel-skeptics Into Israel-haters (Sara Yael Hirschhorn, Haaretz) The nation-state law is a sickening rejection of equality for all of Israel's citizens. But an inclusive Israel is as much part of Zionist thought as this nationalist exclusivism. Who will champion that alternative vision now?
Full rights to the LGBT community will be achieved only when the religion is separated from the state (Tal Michaeli, Maariv) The absence of a decision on the question of separation of religion and state in Israel, and the regulation of relations between the two through temporary status agreements, makes it difficult to formulate a systematic policy one way or the other.
How privileged white leaders frame what we know about Jews in America (Rokhl Kafrissen, Haaretz+) The U.S. Jewish future is surveyed and budgeted to fit the biases of married, shul-going, Ashkenazi, heterosexual, Israel-supporting men: We still know next-to-nothing about the 'real' Jewish America. This is why it matters.
Red lines, on the ground and in the air (Oded Granot, Israel Hayom) Israel's position regarding the return of the Syrian army to the Golan Heights was made clear to all relevant parties. It will not tolerate any violation of the 1974 armistice agreement.
The circumstances in the north do not interfere with the IDF's continuous action against Hamas (Amos Gilboa, Maariv) We have no danger in the north of war against Syria, Iran, Russia, or any one else. The most we have is spillover. On the other hand, in Gaza, we expect escalation and even war.
Hitler's spirit is alive and well in Turkey (Nadav Shragai, Israel Hayom) Turkey is slowly turning into a dictatorship. Turkey's military has butchered Kurds and Syrians and its government has thrown tens of thousands of Turkish citizens in jail.
A stable Syria on our northern border is the best alternative (MK Eyal Ben Reuven, Maariv) It is worth examining the strengthening of coordination between Israel and Russia and its effect on preventing Syrian infiltrations in real time. The most troubling issue is the insistence on removing Iran from Syria.
Trump: A balance sheet (Isi Leibler, Israel Hayom) While the U.S. president is erratic and has made many errors, his election has been a gift to Israel, and he has dealt positively with many international issues that been previously ignored.
The Jewish-American community has a hard time dealing with developments in Israel (Shlomo Shamir, Maariv) Between the Nation-State law and the Surrogacy law, between the detention of the Conservative rabbi and the visit of Hungarian Prime Minister Viktor Urban: "What is really terrible is that Israel is losing its status as a democracy.”

Interviews:
Prof. Mordechai Kremnitzer on the Nation-State Law: "What happened here is a message of humiliation"
The Hebrew University law professor sharply and Vice-President of the Israel Democracy Institute criticized the controversial law: “(A law) that is humiliating, shocking and stupid and that every person with a conscience has to oppose. The Knesset will be forced to change this law.” (Interviewed by Yinon Magal on 103FM/Maariv)
Prepared for APN by Orly Halpern, independent freelance journalist based in Jerusalem.