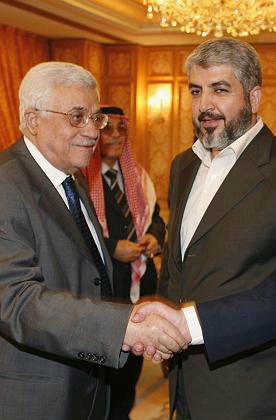 Palestinian reconciliation - fixing the cleavage between Hamas and Fatah, and between the West Bank and Gaza - is vital to achieving peace. A Palestinian government that represents all Palestinians, and with security and governance capacity in both the West Bank and Gaza, is vital to any future peace agreement. A peace agreement negotiated in the context of Palestinian unity will have much greater legitimacy and be much harder for Hamas or any party to renege on, at least without appearing hypocritical in the eyes of its people. A peace agreement that involves all parties, leaves neither people feeling humiliated, and leaves both peoples significantly better off, will likewise be stronger, with peoples on both sides having an interest in rejecting anyone who tries to undermine the new status quo. (Excerpt from APN’s “They Say, We Say” entry on this topic.)

APN's They Say, We Say: What about Hamas and Gaza?

6/2/14: APN Press Release: APN Welcomes Formation of Palestinian Government; Calls to Judge it by its Positions and Actions

4/25/14: APN: The Potential Benefits of a Pause in Israeli-Palestinian Talks

4/27/11: APN: Palestinian Reconciliation Deal is an Opportunity for Obama

3/11/09: APN: Time for a Rational Approach in the Israeli-Palestinian Arena

APN Publications on the Israel-Gaza Crisis