The following article was published in the English edition of Israel's Haaretz daily on October 13, 2013

Two recently published surveys should make the Israeli government pause and ponder the impact of its intransigent policies on its staunchest supporters, American Jews.

The JCPA surveyed 552 rabbis - mostly Reform and Conservative congregational (pulpit) rabbis - who almost uniformly (93%) depicted themselves as very attached to Israel, but at the same time expressed critical views of controversial Israeli government policies. Eighty percent agreed that Israel should freeze West Bank settlement construction and only 20% agreed that the current Israeli government "wants peace to a great extent."

If you speak at U.S. synagogues on Israel-related issues, you know that more than they fear their congregants, rabbis fear the wrath of the synagogue's directors, who hold the purse strings and have the power to hire and fire. They also tend to be older and more hawkish on Israel.

The findings of the rabbis' survey, which was not based on a representative sample (Orthodox rabbis were under-represented), are validated by the now-famous "Portrait of Jewish Americans," the Pew Research Center's monumental poll of a huge sample - 3,475 American Jews - who answered questions on issues ranging from identity and theology to domestic politics and, of course, Israel.

Not surprisingly, the survey found that most American Jews feel attached to Israel and hold progressive positions, not only on domestic affairs but also on Israel. A plurality of 44% said that continued West Bank settlement construction hurts Israeli security (only 17% said it helps Israeli security), and almost half (48%) said that Israel's current government is not making a sincere effort to bring about peace with the Palestinians (only 38% said it is.) Among young American Jews (aged 18-29,) only a quarter said that Benjamin Netanyahu's government is sincerely pursuing peace with the Palestinians. When asked what is the most important problem facing Israel, only 9% mentioned domestic problems. All others brought up issues related to the Arab-Israeli conflict.

Furthermore, if you observe American Jews, you know full well that young American Jews are much less disposed to tolerate the cognitive dissonance that results from the clash between their values and some Israeli policies. They speak up, and they act.

At a meeting organized by the Pew Center in Washington last week, representatives of American Jewish organizations shared the concern that the Pew study's results elicited in Israel about American Jews being "lost" to assimilation.

But they expressed another concern as well. Rabbi David Saperstein, who heads the Reform movement's advocacy center in Washington and is considered one of the most influential rabbis in America, put it best by suggesting that Israel's government ask itself whether at some point its policies will be "in danger of alienating American Jews so much that there would be a move from their strong engagement" with Israel.

In other words, Saperstein asked whether Israel could "lose" American Jews because of its own self-destructive, anti-peace policies. You don't need polls to realize that this is already happening with young American Jews.

Ori Nir is the spokesperson of Americans for Peace Now. Previously he was West Bank correspondent and bureau chief for Haaretz, and the Forward's Washington correspondent. 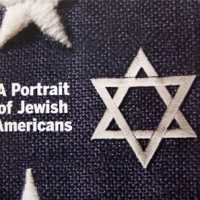