Quote of the day:

"Any delay lowers his chances of recovery and may result in irreversible damage."
--Dr. David Schul wrote in his medical opinion, calling for Israeli medical respiratory and physical rehabilitation of Harun Abu Aram, who was completely paralyzed when an Israeli soldier 'misfired' into his neck on January 1st. Israel's Physicians for Human Rights Israel has called on the Israeli Ministry of Defense to provide Abu Aram with the treatment. The ministry has yet to provide any care for Abu Aram.*

“The possibility that Israel gathers shepherds into its knapsack as though they were assets in a virtual reality game, is horrifying. The arrest of people for bargaining purposes is an act that suits criminal gangs, which treat people like tradable property. It strips the kidnapped people of their humanity and turns the kidnappers into human traffickers. If the defense establishment – which has already committed such abductions in the past, as in the famous affair of the bargaining chips from Lebanon (which ended in the High Court of Justice decision to release them) – has not uprooted this practice, it is embroiling itself in a grave criminal act that cannot be ignored. Objectifying human beings is a clear act of dehumanzation, whether it is sexual objectification or security objectification."
—Human rights attorney Michael Sfard raises the chilling questions over the imprisonment of two Syrian shepherds, who were released in exchange for the Israeli woman, who crossed the border into Syria on her own accord.*


You Must Be Kidding:
Israeli forces detained Aws Ghazi Najeeb, 8, and his brother Mohammed, 6, while they were near their home in the town of Hizma.**

"The proposal talks about 'redeeming the land,' as if we were living under the Ottoman Empire...This is a decision aimed solely at harming a future Israeli-Palestinians settlement. If there were a responsible adult in the region, they would have prevented it. But right now, no such person can be found."*
--In an Op-Ed in 'Israel Hayom,' Yossi Beilin slams the Jewish National Fund (JNF/KKL) plan to invest $11.6 million toward the purchase of lands in the West Bank. The JNF stipulates that only Jews can buy, mortgage or lease JNF-owned land.* 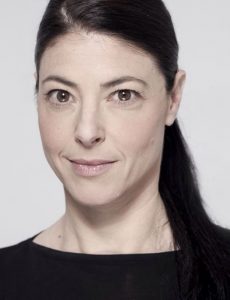 Knesset Member Michaeli will address these and other questions on our briefing call, in conversation with APN Board member Jo Ann Mort and APN President and CEO Hadar Susskind. The webinar, another in a series on the coming elections will take place on Thursday, February 25th, at 12:00 noon (EST)

Produced by the Foundation for Middle East Peace in cooperation with Americans for Peace Now, where the Legislative Round-Up was conceived. Views and positions expressed here are those of the writer, and do not necessarily represent APN's views and policy positions.

You Must Be Kidding:
Israel gives Palestinians permits to work in Israel, but won't give them vaccines.** 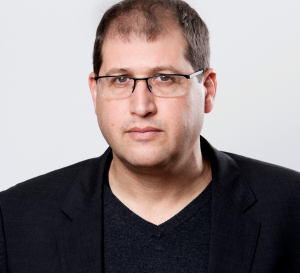 Israeli human rights lawyer Michael Sfard will address these and other questions in this webinar on Tuesday, February 23rd, at 11:00 am EST.

Word of the day:

"Occupation."
--Now erased from the entry regarding the Palesitnian Territories by Hebrew Wikipedia community of volunteer editors on Hebrew Wikipedia, who replaced it with Israel’s “rule” or “control."**