Israel, Palestine, and the Dangers of Magical Thinking

It's easy to be dismissive of the idea that the Israeli-Palestinian conflict will be solved through a negotiated two-state solution. Libraries are filled with books about failed peace efforts. The daily news is replete with reports of developments that undermine a two-state outcome. Those who oppose two states are growing more powerful on both sides. And the impotence of the United States and international community when it comes to getting serious about this issue is so self-evident as to be cliché.

It's harder, however, to come up with alternatives to the two-state paradigm that don't sound like the musings of fanatics or fantasists. If not two states, then what? Extremists on both sides have a compelling answer: an entirely Jewish or Palestinian state from the river to the sea. Others who reject such zero-sum agendas, or perhaps some who just want to seem like they do, offer answers predicated on a kind of magical thinking in which Israelis and Palestinians, freed from the two-state paradigm, are eventually willing to deal more fairly and kindly with the other.

The latter thinking is at the core of a recent and controversial New York Times article. The article's author, Professor Ian Lustick, argues that the time has come to renounce the two-state solution and that, by doing so, it may make possible a brighter future for Israelis and Palestinians alike.

Lustik will no doubt reject my criticism of his arguments out of hand, because I am what he calls a member of the "peace process industry." The implication being that my very employment depends on perpetuating the belief in the two-state solution, and therefore, my arguments are suspect. The truth is, I spend every day immersed both in the political realities of Washington and the realities on the ground in the region, where my colleagues in Peace Now work indefatigably to track and challenge settlement expansion.

I'm probably more aware than most of the daunting challenges facing any peace effort. And as a person who cares deeply about both Israelis and Palestinians, and who has spent close to two decades working on this issue, I have wrestled mightily with my basic assumptions, including the question: If not the two-state solution, then what?

What Lustick's article illustrates, better than anything else, is the inability of two-state critics to come up with a compelling answer to this question - even when afforded the incredible luxury of more than 2000 words in the nation's newspaper of record.

What he offers instead is a fantastical scenario in which, with the two-state solution off the table, things on the ground go from bad to worse - so much worse that people on both sides who possess common sense and the financial means abandon ship. Only then, Lustick suggests, will Israelis and Palestinians who remain in this embattled land - whether because they are ideologically committed to their cause or because they are too impoverished to relocate - spontaneously and contemporaneously transform into enlightened humanists, realizing that they are better off coexisting then fighting for what, until now, have for each side been viewed as core existential needs.

In this scenario, Zionism and Palestinian nationalism simply evaporate and common cause is found between various groups across religious, ethnic, and national divides. Ideological right-wing settlers discover that they actually want to live in harmony with their Palestinian neighbors, and those neighbors realize that the resources settlers stole - land, water, trees - are better shared than recovered. Israelis publicly admit their responsibility for the suffering of Palestinians and offer generous compensation for property Palestinians lost, and Palestinians say "that's fine, we'll take the money and say no more about it." And then, over time, the situation resolves itself in a self-actualizing one-state or two-state outcome.

All that is needed to achieve this hopeful, bright future, according to Lustick, is to free both the peoples from the burden of the two-state construct, add generous portions of "blood" and "magic," and stir.

Lustick criticizes two-state advocates for failing to reconsider our basic assumptions, but what he is asking us to do is entertain assumptions that are both far-fetched and morally indefensible. One such assumption is that the human costs of intensified conflict - between grossly mismatched sides, each with the ability to inflict terrible harm on the other - are inevitable and tolerable. Another is that intensified conflict can weaken, rather than deepen, the nationalism, hatred, and intolerance that already exist today. Another is that as conflict grows, world powers won't line up and label one side the aggressor and the other victim, perpetuating grievances and conflict. Yet another is that outside forces, with their own agendas, won't exploit and perpetuate the conflict for their own purposes.

And perhaps most astoundingly, he asks us to imagine that this new era of conflict will have a clear turning point - when the sides have exhausted each other - at which the battered, traumatized people on both sides will find greater empathy for the other and a greater readiness to live together in peace.

This sort of magical thinking should give pause to anyone who really cares about Israelis and Palestinians.

Lustick is right about one thing: as the situation on the ground grows ever-more complicated, with settlements expanding and extremism growing on both sides - now is an excellent time for people to re-examine their basic assumptions about Israeli-Palestinian peace. What they will find, I believe, is that the two-state solution remains the only option, imperfect and implausible as it may be, to end the conflict and offer both Israelis and Palestinians a future not dominated by fighting and bloodshed.

Lustick cannot be faulted for having lost faith in the two-state solution, given the myriad of failures and obstacles he ably catalogs in his article. However, he and others like him can and should be challenged for advocating replacing the two-state paradigm with a dangerous fantasy - one that tolerates increased bloodshed of innocents on both sides, and which comes to fruition only if the most improbable and reckless assumptions prove accurate. 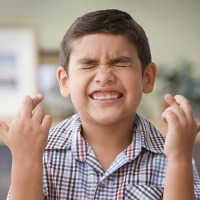