We have chronicled at length the surge in settlement announcements, both in East Jerusalem and the West Bank, that occurred in the days leading up to the release of Palestinian prisoners and the resumption of talks. The fact that this period saw such announcements was no surprise; however, the sheer number of announcements, and the scope of the projects involved (more than 3000 units), outstripped even the most pessimistic expectations.

Thus, for the time being Netanyahu will probably maintain a policy of "restraint" with respect to settlements. This "restraint" that will likely end with the next round of prisoner releases, unless Netanyahu is convinced that his actions could trigger serious consequences. If the scope and provocative impact of the coming settlement surges is comparable to was seen in the first round, the credibility and viability of peace talks will be in serious jeopardy.

But the situation is dicey, even in the interim. This logic of temporary "restraint" applies only to Netanyahu and only to actions for which Netanyahu cannot deny direct responsibility--like the issuing of tenders or the approval of plans. It clearly does not apply to other key players, like Minister of Construction Uri Ariel, Jerusalem Mayor Nir Barkat, and Deputy Ministers Zeev Elkin and Danny Danon, all of whom are chafing at the bit to push ahead with settlements. Indeed, they are already filling the role of spoilers and provocateurs, carrying out various inflammatory moves (some with very real impact, some mostly hype) not specifically forbidden by Netanyahu, and about which Netanyahu can claim, "It wasn't me."

Secretary Kerry and others may hope that sporadic provocations can be contained - and in the past this has often been the case. However, a series of "moderately problematic" provocations can, cumulatively, become a real crisis. This is precisely the dynamic we are witnessing now, following a 24 hour-period which saw the approval of funding to begin expansion in Ramat Shlomo, the approval of funding for settler-related projects in Silwan and Jebel Mukabber, the killing of three Palestinians in the Qalandia refugee camp, two home demolitions in A-Tur, and the high-profile "establishment" of a new settlement in the West Bank.

These actions, undertaken largely by those within Netanyahu's coalition who oppose the two-state solution and are using their powers to prove it, pose a clear and present danger to the continuation of talks. Indeed, at the ceremony celebrating the establishment of the new West Bank settlement, Minister Ariel spoke plainly: "There are no two states west of the Jordan River, and there won't be two states. Even if there are negotiations taking place - this is not on the agenda." And Jerusalem's Deputy Mayor David Harari, from the Jewish Home party--a member of Netanyahu's coalition--referred to the recent approval of funds for settler projects in East Jerusalem as "Jerusalem's vaccination shot against those who think about dividing it somehow."

Did Netanyahu have direct involvement in any of the recent events? Likely not, but that hardly absolves him of blame. As Prime Minister, he bears responsibility for the actions of members of his government. Before these rogue players are problems for Kerry and President Abbas, they are first and foremost Netanyahu's problem. And as Prime Minister, he has the power to prevent their provocations. Netanyahu can quietly get a plan taken off the Jerusalem Municipality's agenda, simply by making a phone call. He can just as quietly stop home demolitions, simply by withholding the security forces necessary to carry them out (as he has done in the past). And in the West Bank, where the Ministry of Defense is sovereign, he can prevent his Ministry of Construction from colluding with settlers.

In short, "It wasn't me" or "I didn't know" is no excuse for inaction. Rather, as we wrote back in March 2010,under similar circumstances, any failure of the Prime Minister to know what is going on "...can only be viewed as gross negligence or, worse yet, a deliberate policy of preferring not to know, so as to not be expected to act." Serious negotiations and reckless indifference to actions geared to destroy those negotiations are mutually incompatible.

The Kerry initiative may well be the last, best hope for Israelis and Palestinians to achieve a significant political agreement for the foreseeable future. History will judge both Netanyahu and Abbas on whether they pursued this opportunity resolutely and in good faith, or if they merely tried to avoid blame for its failure. Both will be judged, too, not only on the substantive proposals they are quietly putting on the table, but also on whether they took all necessary measures to ensure that these negotiations could continue at all. In this regard, recent events have not been encouraging. 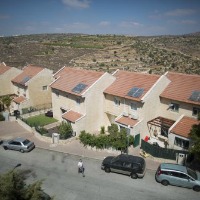