APN today called on the Obama Administration to lead or co-lead action in the United Nations Security Council to resuscitate and re-accredit the two-state solution.  APN President and CEO Debra DeLee issued the following statement:

“As a pro-Israel, pro-peace organization, we are committed first and foremost to Israel’s security and its survival as a democracy and a state with a proud Jewish character – things that only a two-state peace agreement can deliver. Regrettably, for his entire career – including his three previous terms in office as Prime Minister of Israel – Benjamin Netanyahu has demonstrated by his own actions that rather than seeking Israeli-Palestinian or Israeli-Arab peace, he is wholly supportive of settlements and an expansionist ‘Greater Israel’ agenda. And, in the last Israeli election campaign, Netanyahu proudly touted his pro-settlement credentials and unabashedly vowed that no Palestinian state would be established while he is in office. 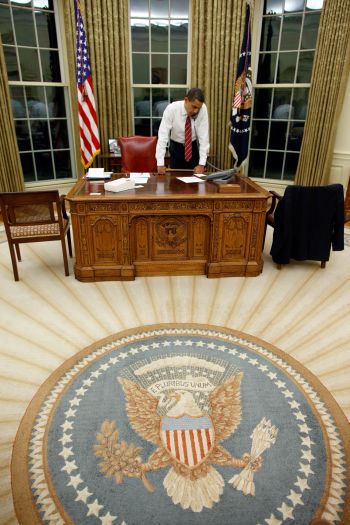 “At this juncture, there can be no further debate: neither Prime Minister Benjamin Netanyahu, nor any government that he leads, is a partner for peace – not for the Palestinians, not for supporters of the Arab Peace Initiative, and not for the United States and broader international community. The only thing that would challenge this conclusion would be decisive, pro-peace action from Netanyahu and his government – action that would represent a 180-degree shift from everything that Netanyahu has done until to this point.

“Given this reality, we urge the Obama Administration to set aside the long- pursued objective of fostering Israeli-Palestinian negotiations. Only a negotiated two-state agreement can end the Israeli-Palestinian conflict. Only such an agreement can preserve Israel’s character as a Jewish state and a democracy and deliver the Palestinians freedom and dignity in their own sovereign state. However, for now, there is no prospect for any such agreement and new negotiations would be futile and counterproductive. They would provide cover for further Israeli government policies and actions that are anathema to peace. They would further undermine the already diminishing Palestinian support for the two-state outcome and feed international boycott-divestment-sanctions efforts. And they would further discredit diplomacy and U.S. leadership.

“The time has come for the U.S. to focus on restoring the credibility of its own policies and, in the process, the credibility of the two-state outcome. To achieve this, we urge the Obama Administration to clarify and articulate U.S. policy vis-à-vis the solution to the Israeli-Palestinian conflict in greater resolution and with greater resolve than has been done at any time in the past, by any administration. The era of ‘constructive ambiguity’ must definitively end, along with the era, dating back to long before the Obama Administration, of articulating U.S. policies regarding settlements that, when challenged by Israeli actions, are proven to be empty words.

“We believe that an Israel-Palestine two-state initiative in the United Nations Security Council, led by the Obama Administration or in cooperation with key international partners, would be a powerful vehicle for such an articulation. Such an initiative should be undertaken as quickly as possible, as developments on the ground every day render the prospects for a two-state solution more remote. Such a resolution should lay out clear parameters for a future Israeli-Palestinian two-state agreement, grounded in longstanding U.S. positions – supported by both Republican and Democratic presidents – as articulated in greatest detail thus far in the Clinton Parameters, and must not walk back those parameters. They should likewise be consistent with an outcome along the lines of the Geneva Initiative and supportive of broader Israeli-Arab peace based on the Arab Peace Initiative.

“By pursuing this course of action, the Obama Administration can re-assert and re-accredit U.S. leadership in the Israeli-Palestinian arena and beyond, and affirm the U.S. commitment to Israel’s security and to preserving its Jewish and democratic character. It can signal unambiguously, both to Israelis and Palestinians, that the U.S. and the world have not and will not abandon the two-state solution, nor will they be lulled into inaction by Israeli government statements that are contradicted by actions on the ground.

“Finally, U.S. policy – reflected in a UN Security Council resolution or elsewhere – must clearly reflect U.S. goals and interests. While the Obama Administration should of course continue to engage both parties, there must be no efforts, public or private, to pre-negotiate text or positions with the Israeli government or the Palestinian leadership.”

APN’s full policy statement regarding the current state of peace efforts and the importance of taking action at the UN is available here.