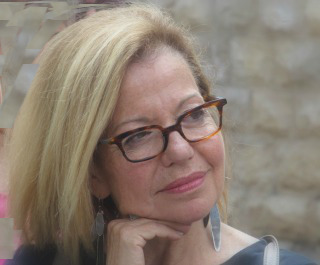 Since the eruption of the current wave of horrific violence in Israel and the West Bank, we have issued a number of formal statements responding to the escalation. I've wanted to send you a personal message as well . . . but I've waited.

In times like this – when there are numerous attacks against civilians every day, when two thirteen-year-old boys are lying in the street bleeding, when Israelis and Palestinians are afraid to walk out of their homes, terrified that they will be the next victim of random violence – it is hard to write from the heart and not from the guts.

It’s hard because the pain and frustration and rage are so great, particularly for those of us at APN and for our colleagues in Israel’s Peace Now movement. We follow closely what happens on the Temple Mount, in East Jerusalem and the West Bank. We have warned of the consequences of the Netanyahu government’s policies. We have repeated ad-nauseum that the status quo is unsustainable. It is like watching a head-on collision in slow motion.

It’s particularly painful because we know that when people see blood they often stop thinking clearly and stop acting responsibly. We refuse to do that. We at APN refuse to lose our common sense, our principled good judgement, and – yes – our moral compass. Stabbing civilians on the streets of Israeli cities is barbaric and deplorable.  Nor can we stay silent in the face of violent retributions by provocative settlers or in the face of random attacks by Israeli Jews against Palestinians and Arab citizens of Israel.

It’s painful because while the avalanche of violence makes diplomacy seem irrelevant or even impossible, we know that this spiraling violence is actually a direct result of diplomatic stalemate, of the absence of a political horizon, of a surge in religious tension revolving around Jerusalem’s Holy Basin, and of course, of the continued occupation.

This agony, to a large extent, was spawned by the actions and statements of zealots on both sides. And, it serves their objectives. It feeds into their fallacious zero-sum narrative. If we, in the face of the agony, will give up on efforts to reach a win-win political settlement to the conflict, we reward the zealots.

Giving in to the agony and giving up on our goals, on our mission statement, would be a victory for the zealots on both sides, and a huge loss for both Palestinians and Israelis. This is not a time to despair, but rather a time to work harder for Israeli-Palestinian peace. Terrorism, let’s not forget, is not the source of the problem. It is the symptom. The answer to terrorism is not more of the occupation, subjugation and oppression that spawn violence. The answer is addressing the cause of the violence. You and I both know what that is.

I would like to take this opportunity to thank you for all that you do to help us protect the hope for peace from being drowned in blood, fear and misery.  Thank you for your continued support.