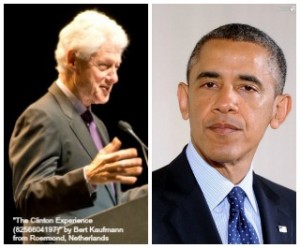 This past Saturday, October 31st, Peace Now and other groups organized a rally in honor of the memory of Israeli Prime Minister Yitzhak Rabin. Attended by more than 100,000 Israelis, the rally was held in Rabin Square in Tel Aviv where the late PM was assassinated by a right-wing extremist.

Speakers included US President Barack Obama on a pre-recorded video feed and former President Bill Clinton, who attended the rally.

President Clinton, who considered Rabin a personal friend, and coined the phrase shalom chaver (goodbye, friend) immediately following the murder, said: "[Rabin] refused to give up his dream of peace in the face of violence . . . The next step will be determined by whether you decide that Yitzhak Rabin was right, that you have to share the future with your neighbors ... that the risks for peace are not as severe as the risk of walking away from it. Those of us who loved him and love your country are praying that you will make the right decision."

President Obama said: "In these difficult days for Israel, for Palestinians, for the region, Yitzhak's life, his dream, inspire us still." Obama added, "A bullet can take a man's life, but his spirit, his dream of peace, will never die."

Click here  to watch video clips of the remarks by President Obama and former President Clinton.