Yariv Oppenheimer on Yossi Sarid: "Difficult is the life of a true prophet” 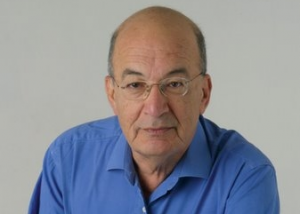 Rare are the leaders who, instead of swimming with the flow, choose the most difficult task of all and work to change its trajectory. Such was Yossi Sarid, a leader who made breakthroughs, who told the truth, who shaped public opinion and did not serve it. A role model, a loud piercing voice, which in times of confusion and dilemmas showed the way for many and served as an ideological compass for many thousands.

Sarid did not believe in the political center, he despised those public officials who were adapting themselves to the ideology of this and that. Of also wanting peace and supporting the settlements, of supporting human rights and supporting the occupation, of also wanting to strengthen the periphery and supporting massive investment in the Territories. Sarid would never have given a political speech about peace in Ariel (settlement), would never declare united Jerusalem together while supporting a Palestinian state and would not demand social justice within Israel while simultaneously accepting the lack of rights of Palestinians across the Green Line. Difficult is the life of a prophet of truth, it is not always pleasant to remain outside of the warm lap of consensus.

Sarid often found himself a lone voice in the opposition, but because he was a true ideologue, sharp and incisive, he got to feel the moment in which he had the ability to change public opinion, influence the path of the state and make a real difference. Very few politicians will have such moments and a place of honor in the political and social history of the State of Israel.

Alongside telling the truth and presenting clear and incisive views on any subject, he managed to do the almost impossible and remain both relevant and meaningful. Thanks to his tremendous knowledge, rhetorical ability, wit and personal example, Sarid managed to get beyond the delegitimization campaigns and present incisive and reliable stances that cracked the Israeli consensus.

Many of those who will eulogize him in the coming days, were the objects of Sarid’s relentless attacks … and they exposed their ideological nakedness. They, in turn, saw Sarid and often felt, deep down, great respect bordering on envy for the courage and determination to tell the truth and not to cut corners to please. This feature is what turned Sarid into a leader in his lifetime and it is what makes his legacy meaningful even after his death.