In the State's response from August 10, 2016, to Peace Now's High Court petition, the State notified the court that it is currently conducting a land survey in order to declare "state lands" south of Bethlehem, near the village of Nahla. A declaration as such, combined with the allocation of a small portion of the state lands in the area for the purpose of a road, will enable to connect the planned settlement of Givat Eitam to the settlement of Efrat. This connection will then allow for the establishment of the Givat Eitam settlement, also known as E2 due to its dire consequences on the two state solution. While the state lands in Givat Eitam have not yet been allocated for the construction of the planned settlement, the government intends to initially build the new settlement on the 300 dunams owned by Himanuta, a subsidiary of JNF.


Peace Now's petition to the High Court demanded that the State will increase its transparency and announce its intention to allocate lands around the village of Nahla. Such an announcement will make it possible to object the allocation and appeal against it. In its response, the state announced that due to Peace Now's request, any intention to allocate the land will be published 30 days prior to the signing of the allocation contract. The State also announced, as mentioned above, that a land survey is currently being conducted in order to create a continuity of state lands between Efrat and Givat Eitam and allow the building of infrastructure for the development of the Himanuta-owned lands in the area.

As published last year, the Ministry of Housing is currently preparing a plan for 800 housing units on JNF lands in the area. The state's response from last week reveals that in order to construct these units there's an intention to take over additional lands, through a state land declaration, and to allocate them for the purpose of building a road that will connect Givat Eitam with the settlement of Efrat.

Peace Now: A new settlement in E2 will pose a serious blow for the possibility to reach a two state solution and establish a viable Palestinian state alongside Israel. The government's efforts to appropriate lands and connect Givat Eitam with the settlement of Efrat are another step on the way to a one state reality. It is unfortunate that the JNF, through its subsidiary Himanuta which purchases lands in the West Bank, is lending a hand to the hindering of Israel's future. 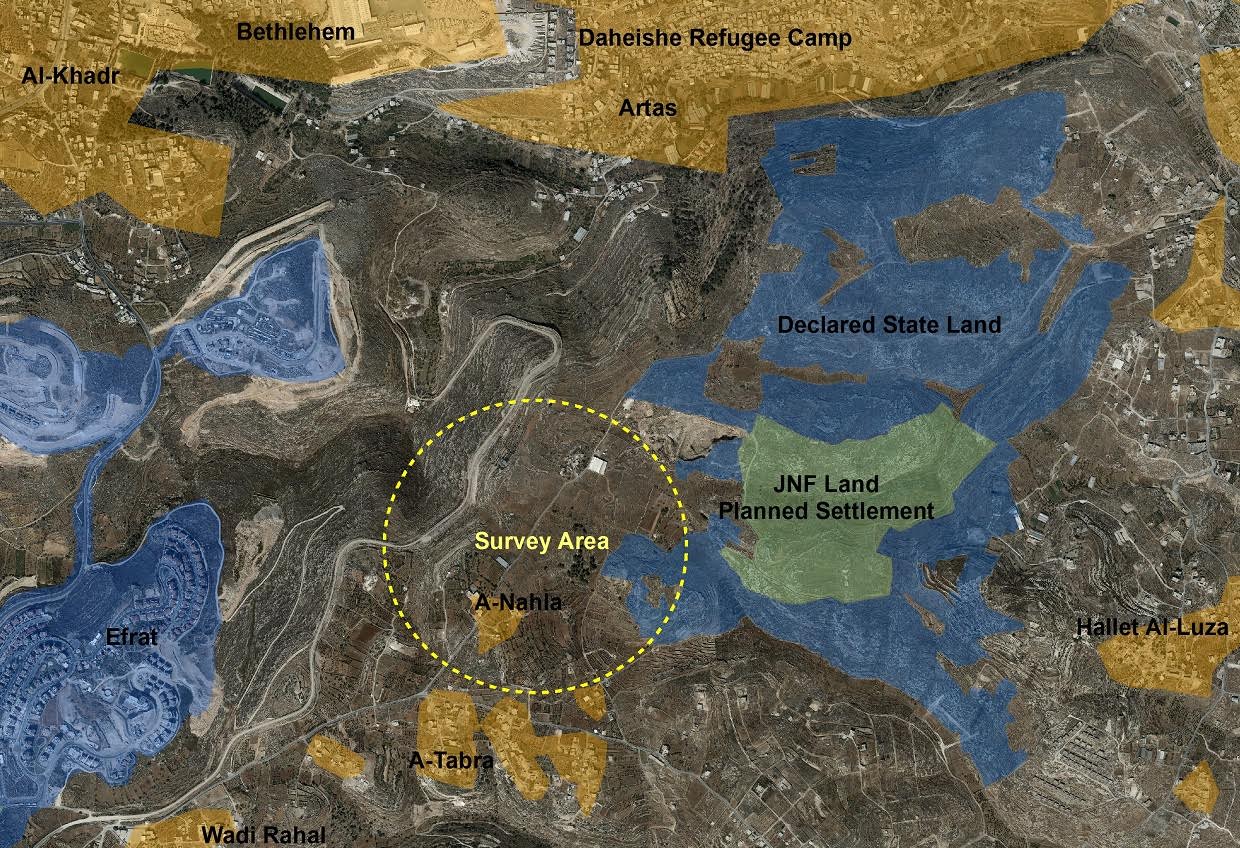 Plans Promoted for the Retroactive Legalization of Two Illegal Outposts

On August 2, 2016, plan #171 for the retroactive legalization of the illegal outpost of Rechelim was published for depositing. The plan includes the construction of 97 housing units, 61 of which are already built and are being legalized retroactively. The government decided to legalize the outpost back in April 2012, and the plan was approved for depositing in January 2016. The publication for depositing indicates the government's intention to continue and promote the legalization of the outpost.

On July 6, 2016 the High Planning Committee of the Civil Administration plan #235/11/1 meant to retroactively legalize the illegal outpost of Horesh Yaron, located west of Ramallah was approved for depositing.