On the Eve of Elections: The U.S. and the Elusive Quest for Middle East Peace
A discussion with a leading authority from Washington, DC

Friedman, whom the Jewish Daily Forward Newspaper listed as a "must-read pundit on the Middle East," is a go-to expert for those working inside government, those looking to influence U.S. policy, and for journalists. Her opeds and analyses are frequently published in the US and Israeli press, and she is a highly requested and respected speaker in forums throughout the U.S. and internationally. 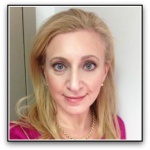 LARA FRIEDMAN, Director of Policy and Government Relations for Americans for Peace Now (APN) in Washington, D.C., is widely recognized as a leading authority on U.S. foreign policy in the Middle East. She frequently publishes opinion and analysis pieces in the U.S. and Israeli press, including The New York Times (most recently, Israel’s Unsung Protector: Obama in April, 2016), Foreign Policy, the Washington Post, Huffington Post, Times of Israel, Jerusalem Post, and Ha’aretz. Friedman was listed as one of 9 Must-Read Female Pundits on the Middle East in the Jewish Daily Forward Newspaper and is a highly requested speaker at policy, academic, and community forums across the US and internationally.

A former U.S. Foreign Service Officer, Friedman served in Jerusalem, Washington, Tunis, Beirut, and briefly in Khartoum. In her current position, she meets frequently with members of Congress and congressional staff, Administration officials, foreign diplomats, and other members of the foreign policy community. Friedman is the primary author of APN’s highly regarded policy briefs and analyses, and is a trusted resource for journalists and policymakers. She also works closely with Jerusalem expert Danny Seidemann, and has participated in Track II peace efforts, including the Jerusalem Old City Initiative.