Washington, DC – Americans for Peace Now (APN) denounces a resolution adopted last week by the United Nations’ Educational, Scientific and Cultural Organization (UNESCO) and ratified this week by the body’s Executive Board.

APN agrees with critics of the language used by UNESCO’s resolution, which refers to the Holy Basin in Jerusalem’s Old City only by its Muslim title, the Haram al-Sharif (the Nobel Sanctuary), does not mention the Temple Mount, the way Jews refer to the site, mentions the Western Wall Plaza in quotation marks while using its Muslim name, Al-Buraq Plaza, without quotation marks, and uses other inflammatory language. 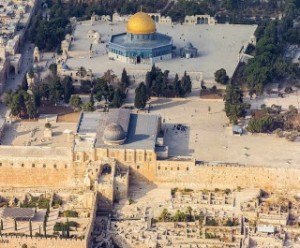 APN therefore welcomes comments by outgoing United Nations Secretary General Ban Ki-moon, and by UNESCO Director General Irina Bokova, who over the weekend distanced themselves from UNESCO’s resolution on Jerusalem’s holy sites. Both Secretary General Ban and Director General Bokova rejected the one-sided reference, and noted that the biased formulation of the resolution does not serve the cause of peace.

APN welcomes their comments, calls on UNESCO to appropriately amend its resolution, and urges United Nations agencies, when referring to the Israeli-Palestinian conflict, to avoid exclusionary and inflammatory language. Such language, particularly in reference to religious narratives, does not serve efforts to advance Israeli-Palestinian peace.