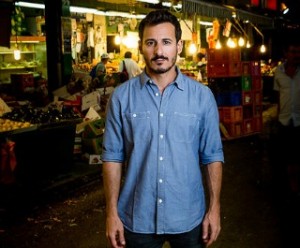 On October 21, the Israeli Hebrew-language daily Yedioth Ahronoth published a comprehensive interview and profile of Avi Bouskila, Peace Now’s new executive director. The interview was subsequently translated into English and published by Yedioth’s online service, Ynet. Following is a selection of quotes from the article. To read the feature in its entirety, click here.

“Avi Buskila, the new director of Peace Now, is the opposite of a stereotypical leftist leader: his parents emigrated from Morocco, he grew up in the periphery, and he served as a combat soldier in the IDF.”

“I don’t doubt my mother's fears. She spent most of her life in shelters under the threat of rocket fire. Speaking their language means I'm not preaching, and I'm not constantly explaining to someone why he's wrong. It's not about coming from Tel Aviv to tell a Netivot resident that his fears and the discrimination he feels are nonexistent bullshit. I accept what they're telling me.”

“Politically, he says, his family is Likud voters. ‘You don't get exposed to other views, so you share everyone's opinion. But I started to think differently even before my military service. I met different people, for example in the Hanoar Haoved Vehalomed youth movement. I didn’t see them as leftists. I related to the values of socialism and human dignity. In high school, almost everyone was a kibbutznik. But I felt closer to those who came from Kiryat Shmona (a mostly Mizrachi town near the Lebanese border). The kibbutznik was a role model for all of us. We all wanted to be like them.’" 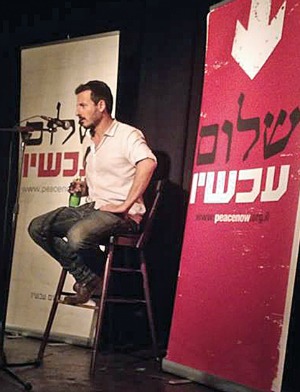 “Buskila, who had already been a periphery and a gay-rights activist, began organizing a protest of independent reservists. At the same time, he also led, along with a friend, a project to create a treaty of teenagers for fair discourse in Israeli society. This was his rehabilitation after the war.

‘I got my energy back and realized this was what I needed to be doing. A year later, Tzali Reshef (a founder of Peace Now) called me and said, “We’re looking for a director, and a little bird told me you might be a good fit.”

‘I had 15 minutes to think about it, and I decided to try. When they called to say I got the job, I felt it was the best compliment I ever got. I was given a chance to do something for the country.’"

“Likud doesn’t care about the development towns and the periphery, but the people who immigrated to Israel and were dumped in the periphery still vote emotionally. I tell them, ‘Peace has nothing to do with religion, identity, or nationality—it should be wishful thinking for a better future.'"

"The UN Security Council asked us to come and speak about settlements, and we specialize in settlements. We had a serious dilemma whether to participate or not. I felt it was wrong because we want to influence specifically the Israeli arena. Because we love the State of Israel and work for the good of the country, it didn’t feel right to speak at that forum. We have a Friends of Peace Now organization in the US made up of Jewish Americans, our colleagues. But they don’t take orders from us. They have their own set of considerations. When we announced that we wouldn’t be there, they accepted the invitation from the United Nations and spoke instead.

“The world has a crucial role in future negotiations—it could provide the seal of approval for the agreement. But first the Israeli public needs to understand why it’s important to end the military occupation of the territories. The Israeli public wouldn’t have liked it (if we went to the UN), but if I thought it could convince them, I might have done it. At the end of the day, I want to speak Hebrew to my people. There is no way to reach an agreement without the Israeli public."

“…I do strongly oppose BDS. It hurts us and undermines a possible agreement. We need to speak up in the international arena but to choose carefully whom we speak with. I have not lost hope for the State of Israel."

The interviewer asked: “A question that often arises: Where does the money come from?”

"You can find the full information on our website. By the way, if you search for the sources of funds for (the right-wing organization) Im Tirzu, you’ll find 'secret donors.' Why is this allowed? We get contributions from countries that believe that we share their values. They support organizations fighting to end the occupation, not to destroy Israel. The State of Israel has dealings with these countries: It receives ammunition, culture, and education from them. We are a Zionist organization. The majority of our members were combat soldiers, the best Israeli citizens. We don’t snitch. The Europeans do not need us to know what is going on in the occupied territories. 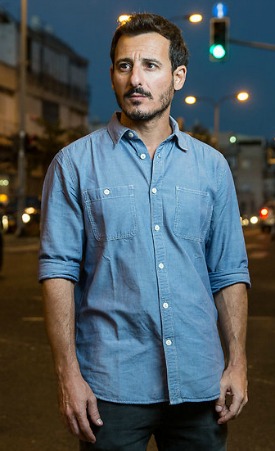 "There's a small settler group that delegitimizes the entire country. Naftali Bennett speaks of annexation and other such nonsense, but he is terrified. He doesn’t have the courage to go through with it. Why isn’t this right-wing government annexing the territories? Bennett is dangerous because his party produces the most extreme statements that threaten Israeli democracy.

"For example, Uri Ariel, a man who symbolizes all that is bad in my eyes—the scared Diaspora Jew who walks around with a grenade in his pocket fearing for his life. He doesn’t care about anything but Greater Israel and is willing to pay for it with rivers of blood. The man uses the Torah to produce racism, homophobia, and a lot of money. He is not alone; he sits with (Bezalel) Smotrich, who is insane, and Ayelet Shaked, who manages to say the most terrible things with such a sweet tone. “

The interviewer asked: During the Gaza Disengagement in 2005, 7,000 settlers were evacuated and there was pandemonium. Putting aside those who live beyond the Green Line for a moment, do you think you could evacuate 150,000 ideological settlers?

"I don’t think there’ll be much of a choice. And I'm not talking about the evacuation; I'm talking about returning home to the borders of our country. The story isn’t over yet. We can’t have political dialogue without territorial compromise. There will be political dialogue. And if we're not the ones leading it, it will be forced on us, just like we were forced to accept the US-Iran deal."

“Buskila has been the director of Peace Now for six months now, and he has big dreams. …

“’… When citizens get up in the morning and send their kids to school, we want them to ask themselves if they want their children to grow in a country at war all their lives. We are talking about 50 years of occupation. It means even the grandparents don’t remember what it’s like to live without occupation. I'm not trying to influence the hardcore Likud supporters. I want to influence the fluid centrists who have no clear agenda.’” 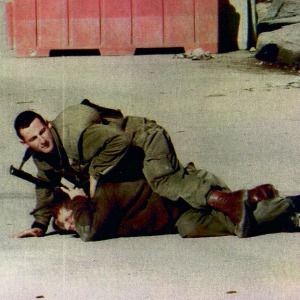 "I argue with people who tell me, 'I was a combat soldier, not an occupier.’ And I say: ‘You don’t know what it’s like not to be an occupier. But let's invert your experience: Did a soldier come into your home at midnight and take your father? Was your home ransacked during a raid? Were you stopped at a checkpoint, told to get out of your car, its seats dismantled, and then told you have to reassemble them?' I don’t blame the guy—military service in the occupied territories flattens reality. Soldiers are extras in this film. Everyone is an enemy, a terrorist, at least potentially."

“A very good friend of mine said 'At the end of the day, you know there is no one to talk to. You will eventually be killed too.’ I said, 'I don’t agree with you. Yes, there are people there who want to kill me, like there are people here who want to kill them.’ Her comment stems from the fact that she has no idea what the Palestinians are and she doesn’t see them as very important.

“ ‘I told her, “for decades they taught you to think that ‘they’ are evil. If you agree to that, you might as well also accept what they said about us, the Mizrahim, that we are barbarians, that we had no culture, that we offer nothing. So what, now that we climbed up the ladder, we became racists?” Suddenly I could see she was getting it.’”