Peace Now's Anat Ben Nun in Newsweek: With the Election of Donald Trump, the Two-State Solution Is at Stake 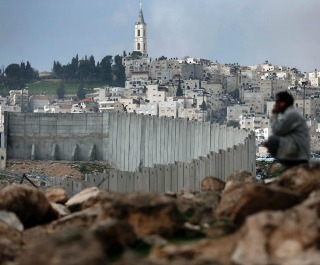 With the election of Donald Trump as the next president of the United States, speculation is running high in regard to Washington’s policy on Israeli settlement construction and the future of the Middle East peace process.

While many unpredictable variables are in place, one thing is certain—the viability of the two-state solution is at stake. After 50 years of occupation and as the point of no return grows closer, Trump’s administration is set to carry an even heavier responsibility on its shoulders than previous U.S. administrations.

When it comes to Trump’s settlement policy, I argue that instinctual assumptions of reckless Israeli settlement construction in the West Bank during his presidency may be misleading. Unfortunately, the likely alternative also contains substantial risks for the two-state solution.

Celebrating Trump’s election, the Israeli right-wing was single-minded. It was not worried about democratic values, nor was it concerned with pluralism or for the American Jewish community. Rather, it expected that starting from January 20, all restraints on settlement construction would be removed. Without restraints from either Trump or Prime Minister Benjamin Netanyahu, continued settlement developments will create irreversible damage to the two-state solution.

First, the pace of construction could increase dramatically. Today, even without any additional new plans, 30,000 housing units in the settlements have already been approved.

Third, the policy of retroactive legalization of illegal outposts could proceed and be amplified. Efforts to legalize housing units built on private Palestinian lands in settlements and outposts are currently taking place through what is known as the Regulation Law. If passed, this would be the first time the Knesset approves a law relevant only to the West Bank, an area outside of its jurisdiction.

Having said that, it is unclear if Trump will truly give Netanyahu a free hand when it comes to settlement construction. Even if during the campaign, it was said that Trump does not see settlements as an obstacle to peace, a 50-year old American policy is unlikely to change overnight. The same goes for the transfer of the U.S. embassy to Jerusalem. If he seeks to be an honest broker and aspires to secure both Israeli and American security interests, Trump simply cannot risk a further deterioration in the region.

It is also unclear if Netanyahu would want to be put in this position. While Netanyahu is pro-settler, his settlement policy is driven by his desire to stay in power. Take the Regulation Law as an example. One could argue that Netanyahu is willing to compromise rule of law for settlers who stole private Palestinian lands. Yet, it is also possible that he prefers that someone else takes the blame for stopping this move while gaining points among his right-wing constituency.

Assuming that Trump will not take the hands-off approach, it is more likely that he will take a position similar of that of president George W Bush. In the famous correspondence with then-prime minister of Israel Ariel Sharon, Bush stated that facts on the ground make an Israeli withdrawal to the 1967 line impossible and that land swaps must be a part of an agreement. Sharon’s government interpreted this as permission to build in what are known as the settlement blocs. Last week, after receiving a request from Trump’s team, Defense Minister Avigdor Lieberman, who himself lives in a settlement, suggested to halt construction in isolated settlements and continue construction in the blocs.

This position, which is becoming quite popular even among some Democrats in Washington, is much more dangerous for the two-state solution than it may sound. The blocs, which have never been specifically defined, are areas of the West Bank that are in relative proximity to the Green Line and include settlements that are somewhat adjacent to one another.

These blocs are exactly the areas that will be negotiated over, and construction there is an attempt to unilaterally determine the negotiations’ results. Furthermore, while blocs are ever expanding, the amount of land available for swaps is not.

Finally, as blocs are expanding eastbound, instead of being Israeli enclaves they create Palestinian enclaves around them, preventing future Palestinian development.

Thus, even if the latter scenario seems a more optimistic one, the risk it poses to the two-state solution might be equal to the former. If Trump seeks to prevent another escalation of violence, and protect Israeli and American interests, he must call for a halt of settlement developments and create the conditions that could allow for serious negotiations when the time is ripe. If the policies listed above are implemented by the Trump administration, members of the Israeli public who support a two-state solution, and other international actors, must work to counter them.

This article appeared first on November 23, 2016 in Newsweek