Whether or not they support boycotts of Israel (APN does not), American Jews should be appalled at Israel adopting a policy that would be more at home in the old Soviet Union or North Korea than in a progressive democracy.

Whether or not they support boycotts of settlements (APN does), American Jews should be outraged and heartbroken at seeing Israel becoming a nation that bars entry to people – including Jews and other supporters of Israel – for the “crime” of peacefully opposing Israeli policies.

Tell Israel’s representatives in the United States: Americans who care about Israel call on the Israeli Government and the Knesset to REPEAL the “Entry bill.”

1. CALL the Israeli Embassy or Consulate near you – you can look them up here- and let them know how you feel

@AmbDermer US Jews will not be silent on the “Entry Bill” - a betrayal of democracy & Jewish values & an attack on free speech.

@AmbDermer With “Entry bill,” Israel joining club of nations that openly fear/quash free speech.  This is an outrage. 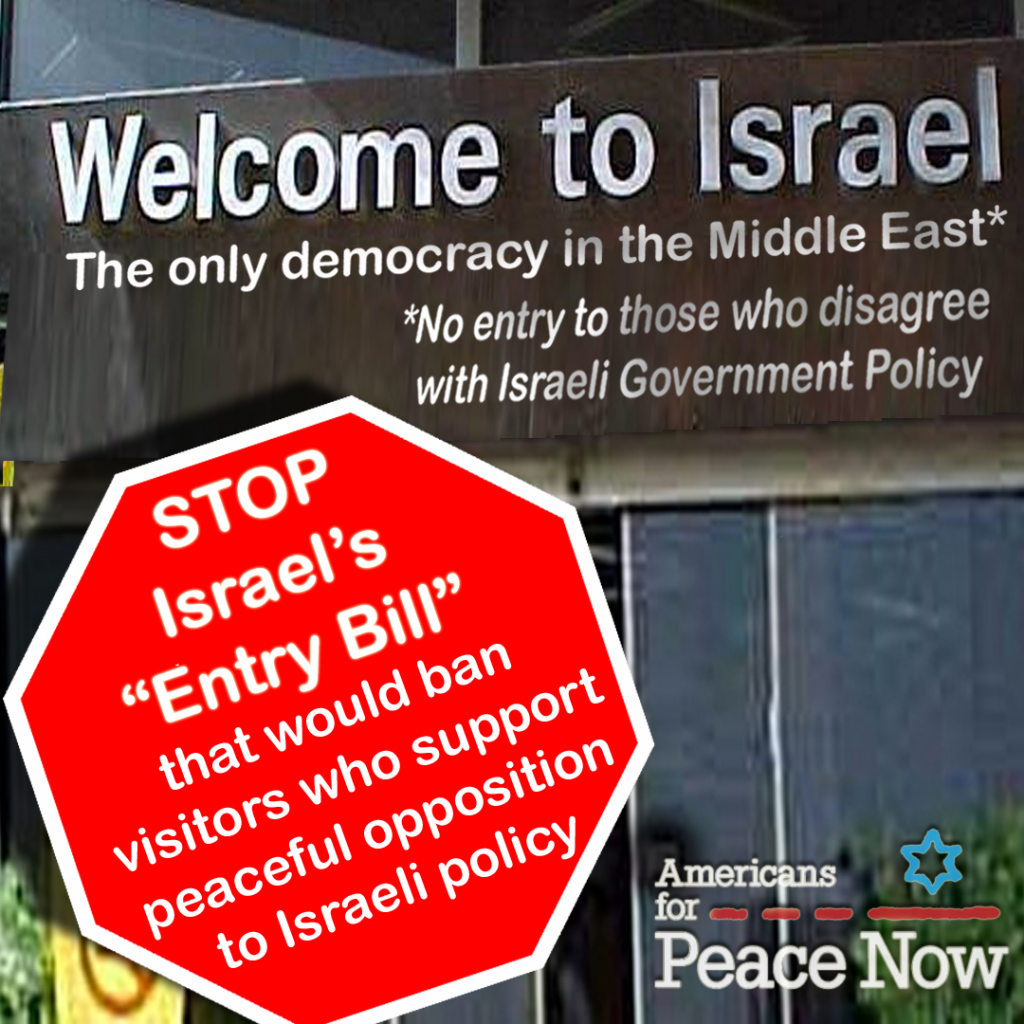 Israel’s “Entry Bill” – Indefensible & Undemocratic
PAST ACTION: Tell Prime Minister Netanyahu to Block the “Legalization Bill”
PAST ACTION - Tell US Ambassador to Israel Friedman: "American Jews Need Your Help to Repeal Israel's anti-Democratic 'Entry Law'"
Israel’s “Entry Law”: What It Is and What It Means
No Entry - Resources on the "Entry Law"
Israel’s “Legalization Law” – Rule of Settlements over Rule of Law