1. CALL the Israel Embassy or Consulate near you – you can look them up here - and let them know how you feel.

@netanyahu US Jews treasure Israel & treasure democracy. The “Legalization bill” undermines both. Do Not Let It Become Lawt! 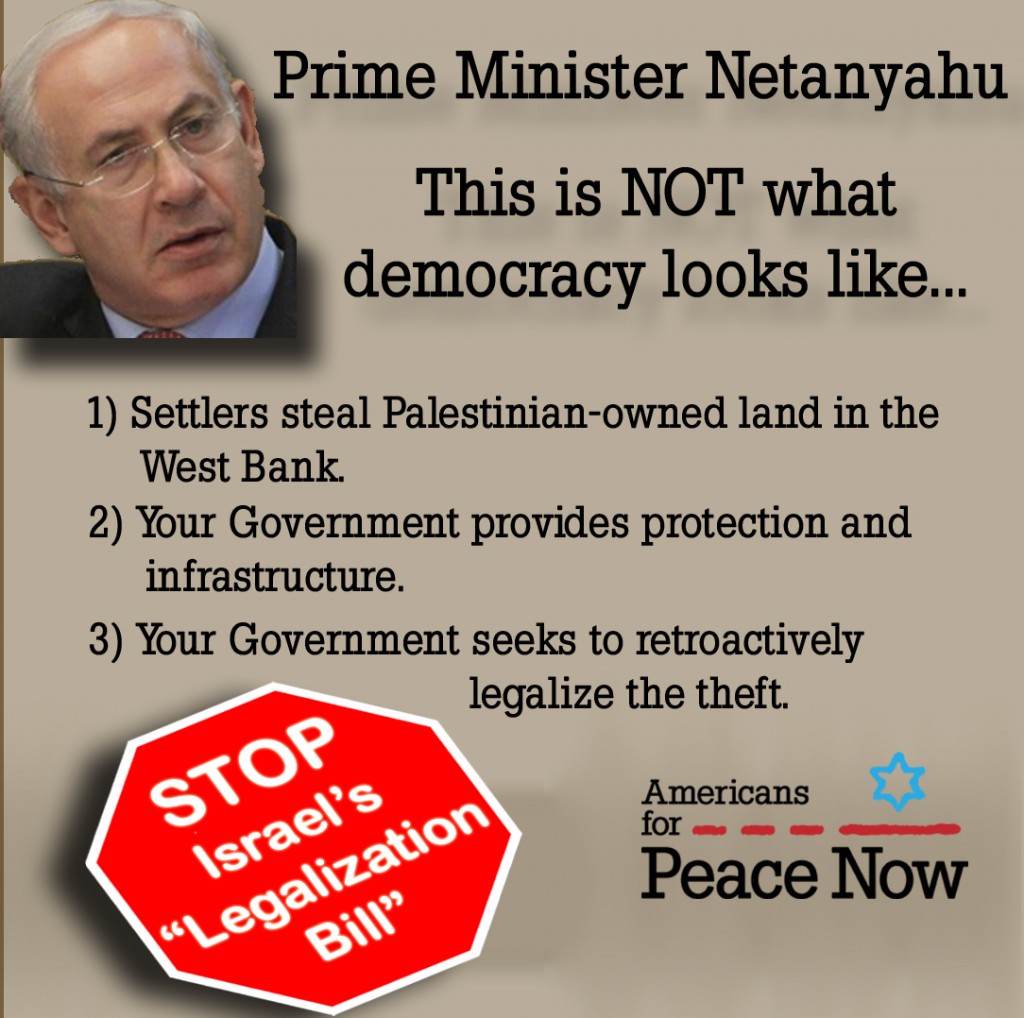