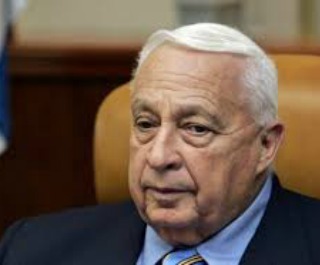 "In 2005, shortly before he fell into an eight-year coma, Sharon said: 'He who had seen the horrifying toll of war, has vowed to save the children of today and of tomorrow from the next war.' As the sister organization of Israel's peace movement, Peace Now, we can only hope that Sharon's pledge would serve as inspiration for the current and future leaders of Israel."

Not Every Day Is Purim
Settlements in Focus: Vol. 1, Issue 2 - "Ariel & the Ariel Bloc"
APN Weekly Update 5/25/2016 - Eldar briefing call today @ 2 (EDT), security over politics, Alpher on the political drama, and more
APN Weekly Update - Alpher: From Paris to Entebbe, 49 years, Nir's tough speech, and our "two-slate solution"
"It's too much of luxury not to speak with our enemies." A letter from Dror Moreh, Director of The Gatekeepers