This warning bears repeating today. For the first time in decades, there is a chance for a diplomatic breakthrough that could resolve the international crisis over Iran's nuclear program. And at this pivotal moment in history, some American Jewish organizations appear bound and determined to prevent such an outcome.

It's not just the Obama administration that sees this as an historic opportunity. It's key U.S. allies like the UK, Germany, and France -- none of whose leaders could be called "soft" on Iran, and who, together with the U.S., China, and Russia, negotiated an interim agreement with Iran that was tougher than virtually anyone had hoped for. It's the view of a multitude of veteran foreign policy, national security, and nuclear non-proliferation experts, including former senior U.S. and Israeli officials. And it's the view of many members of Congress, including Congressional leaders and prominent Jewish members, like Senate Armed Services Committee Chairman Carl Levin (D-MI), Senate Select Intelligence Committee Chair Diane Feinstein (D-CA), and Senate Environment and Public Works Committee Chair Barbara Boxer (D-CA).

Nobody is saying it's a sure thing or suggesting lifting all sanctions today. Nobody is saying "let's just trust Iran." What serious, responsible people are saying is: This is an opportunity we cannot afford to waste. They're saying: If we don't see this through and in good faith, Iran will likely conclude that our real goal isn't curbing Iran's nuclear program, but regime change. And in that case, Iranian leaders may decide that it is an existential necessity to sprint across the nuclear threshold, before they are attacked. At that point, with sanctions exhausted and diplomacy dead, the only responses left will be to accept a nuclear-armed Iran or go to war.

Doubtless there are some who are eager to move past diplomacy to military engagement. They would appear to be joined by some in Israel, including the Israeli Prime Minister and some of his top officials, all of whom apparently had no qualms about pressing American Jews and their leaders to oppose the efforts of the elected government of the United States to reach an interim deal with Iran.

The American people, however, don't share this eagerness for war with Iran, and, by a wide margin, support diplomacy. Sobered and exhausted by wars in Iraq and Afghanistan, Americans today are not naïve enough to believe that war can ever be quick and easy, and they have little enthusiasm for new military adventurism. Their skepticism is shared by most national security experts, who believe that an Iran war would be costly, complex, and replete with unintended consequences. Moreover, most experts believe that, rather than preventing a nuclear-armed Iran, a war would at best delay such an outcome, while hardening Iran's resolve to acquire a nuclear weapon to deter a future attack.

Given this context, why do so many American Jewish organizations - many of the same groups Walt and Mearsheimer erroneously pinned the blame on for the Iraq debacle - seem more determined than ever to extinguish diplomacy with Iran?

Their efforts today are visible most prominently in the form of a new Iran sanctions bill in the Senate (S. 1881). The Obama administration and group of 10 Senate committee chairs have come out against the bill, but that hasn't stopped AIPAC and a collection of mainly (but not exclusively) other Jewish groups from lobbying energetically in support of the measure (for example, see here, here, and here). Both the timing of this bill's introduction and its substance appear designed to derail the current negotiating effort and prevent any realistic agreement. In promoting such a measure, supporters of the bill are sending a message, intended or not, that they may indeed favor war over a negotiated solution -- not unlike Iran's own hardliners, many of whom appear to favor confrontation over compromise.

How is sending such a message good for U.S. interests? It's not. Undermining the Obama administration's efforts on Iran comes at the cost of America's standing in the world and its ability to mobilize international support for its policies and priorities, including with respect to sanctions on Iran. And as already noted, Americans don't want another war.

And in what way is opposing diplomacy, actively working against the Obama administration and the international community, and appearing to prefer war with Iran to a negotiated outcome, good for Israel or the Jews? The answer today is the same as the one I gave in March 2012:


Walt and Mearsheimer were mistaken five years ago when they pointed the finger at the 'Israel lobby' for America's war in Iraq. The authors of a future book about America's decision to attack Iran, if such a decision is taken and if such a book is written, will not be mistaken if they put much of the responsibility for that war in the same place. If this comes to pass, as my grandmother would say, this will almost certainly not be good for the Jews.

This article appeared first on January 9, 2014, in The Huffington Post. 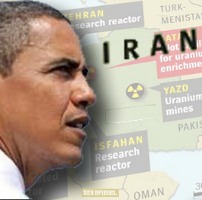