APN's Ori Nir: "We know that relations between Jews and Arabs can be different" 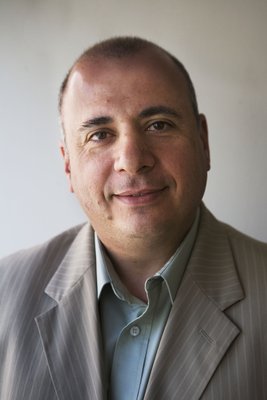 One of the things I like the most about “The Moth,” the radio/podcast storytelling program, is how successful it is at cutting through the cynicism and snark that characterize our discourse, particularly here in DC, and touching one’s heart.

In pursuit of Israeli-Palestinian peace, too, we could use less scorn, less debate and vitriol, and more listening, more empathy, more heart-to-heart interaction.

This is the impetus behind "The Dove: Stories Amidst Conflict." Presented by Americans for Peace Now, The Dove is a storytelling event about Israeli-Palestinian peace, in which storytellers focus on hope and prospects for reconciliation. On Thursday, April 6th in Washington, DC, The Dove will feature myself and others, who as journalists have experienced and covered this relationship on the ground – both the good and the bad – and who will accentuate hope for peace through their stories.

We have no illusions. We know that stories told live in DC have little impact on actions taken – or not taken – on the eastern side of the Mediterranean. But we also know that relations between Jews and Arabs can be different, and that empathetic interaction between people can contribute to change.

I hope you will join us for an insightful, inspiring evening. And who knows, maybe sooner rather than later, a Middle Eastern dove may flap its wings in Jerusalem, where Israelis and Palestinians could sit down together to tell stories that bring them closer to mutual understanding, reconciliation, and peace. 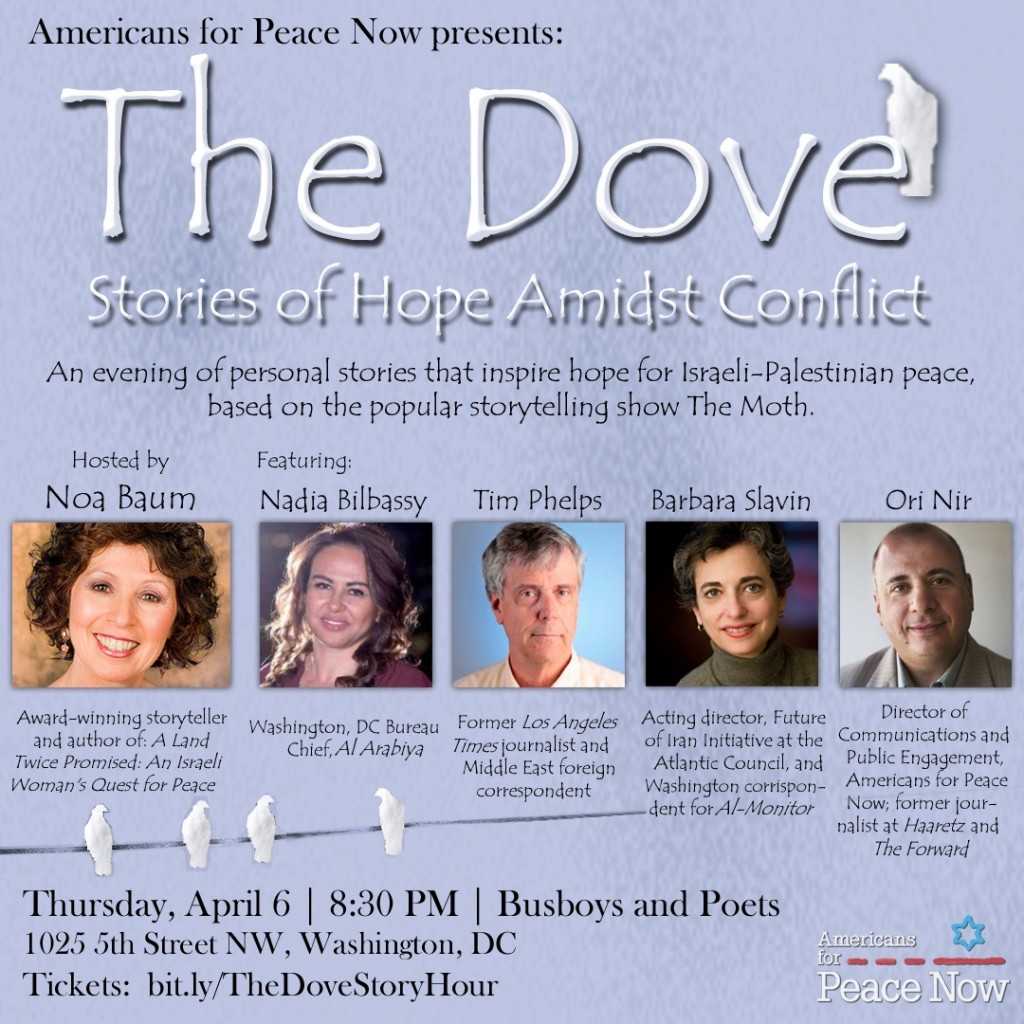