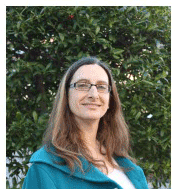 This Sunday – the 33 days between Passover and Shavuot -- is a Jewish holiday marking the cessation of a divinely-sent plague which killed thousands of people. According to one explanation, the plague was sent because people treated one another disrespectfully. This day is celebrated with bonfires and great joy. In Israel on Lag BaOmer a pall of smoke hovers over Jerusalem from all the bonfires throughout the city.

In past years, it has become a tradition among settlers in Hebron to break into the homes of Palestinians and steal property to use as fodder for bonfires. We hope that such abominations are not repeated this year. Destroying and vandalizing Palestinian property is unfortunately a matter of routine in the West Bank. A UN report notes that in 2016, settlers destroyed more than 1300 Palestinian-owned olive trees. This year, in April alone, over 200 trees were destroyed by settlers. This doesn’t include attacks on Palestinians who were working in their orchards, cultivating land, herding flocks, or even in their own homes. There is an average of two attacks per week against Palestinians.

Yes, a pall hangs over Jerusalem. But we have the power to help end this plague. This year, let Lag BaOmer stand for the end of the plague of violence against each other. Let this year see the cessation of the plague of destruction and xenophobia. Support Americans for Peace Now and our colleagues in Israel's Peace Now movement as we speak out against this shameful behavior.

Stand with us today.

Stand with us to send a clear message that settler malfeasance -- whether it is ransacking Palestinian shops for bonfires, attacking Palestinians, or cutting down olive trees -- is not acceptable. Stand with us and our commitment to you that we will continue to work for peace and a two-state solution, regardless of attempts to silence us, regardless of attempts to keep us out of the country, regardless of price-tagging and death threats to our tireless colleagues in Israel's Peace Now movement. Stand with us as we take a firm stance against violence, whether Israeli against Palestinian, or Palestinian against Israeli. Violence by either side is intolerable, and must end.

Americans for Peace Now will always tell you the truth, and we will stand with you until there is peace. Support us today with a tax-deductible donation.

B'vircat shalom - with a blessing of peace,

PS. Recently we were forced to cancel our June Study Tour to Israel due to the "Entry Law" passed by the Knesset. This anti-democratic law prohibits entry into Israel by non-citizens who support boycotting the settlements and/or settlement products. While rejecting BDS, APN proudly supports boycotting the settlements -but not Israel- as a measure toward ending the settlement project. After announcing the cancellation we were subjected to hate-filled e-mails calling us all kinds of disgusting names. But we are undeterred: We are the true pro-peace, pro-Israel supporters that Israel desperately needs at the moment. On this Lag BaOmer let us remember the price of dehumanizing others.

On Lag B'Omer, End the Plague
A thoughtful essay, a disgusting video: Lag B'Omer
Happy Lag BaOmer
Palestinians have it circled on their calendars
Under the guise of celebrating a joyous Jewish holiday
On Tu B'Shavat (New Year of the Trees) - from APN Activist Barbara Green