Palestinians have it circled on their calendars 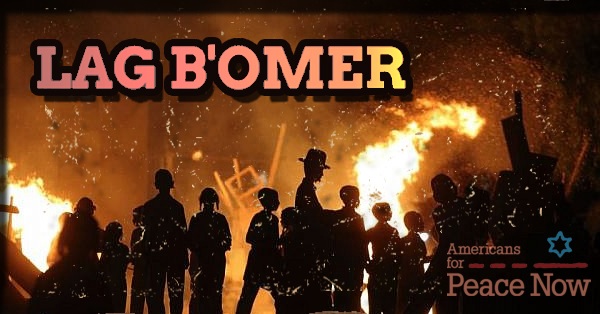 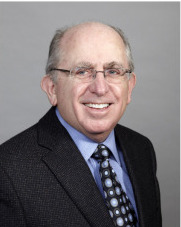 Lag B’omer is coming – the 33rd day between Pesach and Shavuot, a day traditionally for throwing off mourning and instead celebrating with music, weddings and bonfires. Lag B’omer is a minor holiday that not many American Jews are aware of. Paradoxically, Palestinians in the West Bank town of Hebron have it circled on their calendars.

It has become a Lag B'omer custom of some Jewish settlers in Hebron to vandalize and loot Palestinian property for wood with which to build bonfires. And unlike the Israeli military authority, which regularly shuts down the West Bank during Jewish holidays to minimize the possibility of a terrorist attack, the Palestinians don’t have the means to protect their communities come Lag B'omer.

As Jews and friends of Israel, we recognize the dread of an approaching holiday. Those closures during Passover and other holidays are Israel’s response to horrific terrorist attacks like the suicide bombing by Hamas of a seder at a Netanya hotel in 2002. The attack killed 30 Jews and wounded 140. A similar attack was perpetrated in 2006, killing 11 and wounding 60 at another Passover seder. A number of years have passed since an attack like this has occurred, but the threat remains.

Still, we can’t leave unremarked this twisted Lag B'omer practice of terrorizing Palestinians on a day dedicated to joy and relief. Preying on Palestinians has become so routine that it is no longer newsworthy. But this can’t be the way of Jewish “celebration”: breaking into Palestinian shops and homes, damaging and looting them. And these can’t be the actions of God-fearing Jews – terrorizing Palestinian and Israel Arab towns by torching cars, slashing tires, and spray painting Stars of David and racist slogans, as was done as recently as a week ago.

But they are – and it is a shanda.

According to Israel's Shin Bet, "price tag" attacks on Palestinians or their property by Jewish extremists have increased dramatically this year, with the number of incidents already exceeding the total for all of 2017.

"Price tag" is a term coined by radical settlers in the West Bank, according to Ha'aretz, "whereby settlers have vowed to attack Palestinians in retaliation for government actions against West Bank settlements." In other words, when settlers don’t like what their government is doing, Palestinians pay the price.

Make a real difference on the ground by supporting APN.

What I'm talking about is the need for everyone from the moderate center – liberals and conservatives, hawks and doves – to speak out and insist that the Israeli authorities begin taking Jewish lawlessness seriously. Not only as a threat to the Palestinians who are under Israel’s occupation, but to Israel itself through the erosion of the rule of law.

At the end of the Omer period comes Shavuot, when Jews celebrate the giving of the Law. Observant Jews feel this yoke of the Torah most keenly, a reaffirmation of the question: What does God want – and not want – from me?

Vandalizing property. Defacing holy sites. Torching cars. Stirring up an atmosphere of terror. It might take a liberal to expose these actions. But it shouldn’t take God to tell us they're wrong.

Your tax-deductible contribution will help support the important work of Americans for Peace Now in publicizing "price tag" attacks on Palestinians and working against the extremists' agenda to thwart a two-state solution. Donate today and help make a real difference on the ground.

Luis Lainer,
Board Member and Past Chair of Americans for Peace Now

Under the guise of celebrating a joyous Jewish holiday
Furniture and Olive Trees
On Lag B'Omer, End the Plague
A thoughtful essay, a disgusting video: Lag B'Omer