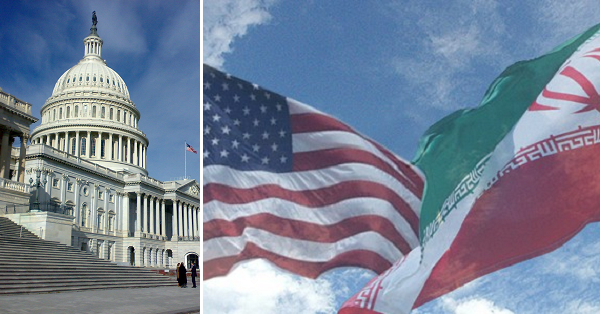 APN has signed on to a letter, along with 15 other organizations, calling on Congress to stand in the way of efforts by the Trump Administration to terminate or sabotage US participation in the Iran nuclear deal.

Read the letter here and below:

We are organizations that represent tens of millions of Americans writing to express our profound concern that recent moves by the White House risk putting the United States on the path to another costly and disastrous war of choice in the Middle East. We respectfully urge that you, as our elected representatives in a co-equal branch of government, do everything in Congress’ power to prevent Donald Trump from dismantling the Iran nuclear deal and from escalating towards a disastrous war with Iran.

Americans are all too familiar with the consequences of a war of choice in the Middle East following the war in Iraq. Thousands of our brave men and women in uniform were killed, tens of thousands more were wounded, hundreds of thousands of innocent Iraqi lives were lost and taxpaying families have shouldered trillions of dollars of debt. And still today, the fallout from the invasion is undermining U.S. national security.

A war against Iran, with more than twice Iraq’s population and nearly four times its size, would likely be more devastating. Abandoning a diplomatic success and launching another costly war of choice would be rightly seen as one of history’s great blunders, devastating America’s standing and security while destroying countless lives.

Iran engages in harmful non-nuclear behavior that poses challenges to the United States and the region. Yet the most successful effort to resolve challenges with Iran has been through diplomatic engagement, which produced the historic Joint Comprehensive Plan of Action (JCPOA).

The JCPOA is successfully blocking Iran’s pathways to a nuclear weapon, re-obligating the Iranian government in perpetuity to never acquire a nuclear weapon and to permit intrusive inspections. Iran’s compliance has been repeatedly and consistently certified by the International Atomic Energy Agency and supported by the assessment of the U.S. intelligence community.

Unfortunately, Donald Trump and his administration have cast doubt on continued American compliance with the JCPOA in a series of concerning statements and reports. Trump has publicly contemplated withholding certification of the JCPOA in mid-October regardless of Iranian actions, which would almost certainly upend the nuclear accord by triggering the reinstatement of nuclear sanctions. Additionally, in a repeat of the effort to build the case for the Iraq war under a newly created ‘Office of Special Plans’ in 2002, the Trump White House has assigned a team of ideological advisers to lay the groundwork to terminate the JCPOA.

The Trump White House’s threats to dismantle the JCPOA are tremendously dangerous for the U.S. and the entire world. As dozens of retired Generals and Admirals wrote in a letter to Trump in July, the administration must “recognize the national security benefits of the nuclear agreement and appropriately weigh the risks to our troops of escalating tensions with Iran.”

The implementation of the JCPOA and the administration’s handling of U.S. policy toward Iran is a life-or-death matter for countless Americans, Iranians and others in the region. We ask you to do all that is in your power to sustain the JCPOA and help prevent a senseless slide to war.