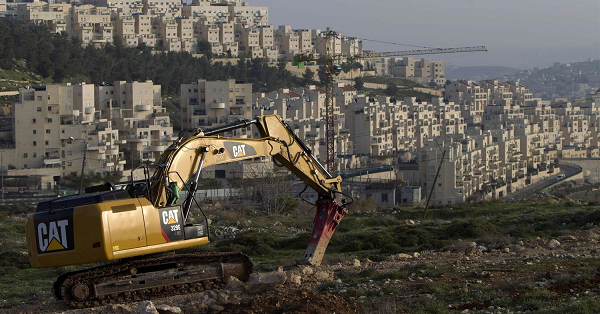 Americans for Peace Now urges the Trump administration to demand that the government of Israel reverse its plan for a massive new wave of settlement construction in the West Bank.

Yesterday, Israel's Minister of Defense Avigdor Liberman announced a new plan for massively expanding Israeli settlements in the West Bank, including in areas that past Israeli governments and past US administrations agreed would become the future Palestinian state. Liberman announced plans to grant final construction approval for 2,500 new homes in settlements and preliminary approval for an additional 1,400 homes. Most of these housing units would be added to settlements that lie deep in the West Bank, in areas that according to any past peace plans would be a part of the future Palestinian state.

Israel's preeminent peace movement, Shalom Achshav (Peace Now) pointed out the total number of housing units approved by the Israeli government in West Bank settlements has now reached 14,454 units in the 16 months since President Trump took office. That is more than three times the number of settlement homes approved in the last 18 months before his inauguration (4,476 units), under the Obama administration.

This additional entrenchment of Israel's occupation in the West Bank takes place as the Trump administration is reportedly dotting the i's and crossing the t's on its much-awaited Israeli-Palestinian peace plan.

If the Trump Administration continues to refuse to pressure Israel into curbing settlement construction, its planned "ultimate deal" will be dead on arrival. Settlements are antithetical to peace. If settlement construction continues, settlements will destroy the very possibility of peace and, with it, sentence Israel to a future where it will no longer be viable as both a Jewish state and a democracy. Settlements are therefore a liability for Israel and a boon to extremists, both Israeli and Palestinian.

For the sake of US credibility, US national security interests in the Middle East and globally, and for the sake of America's long-term relationship with its ally, Israel, Trump must tell Prime Minister Netanyahu: Enough is enough. No more settlement construction!