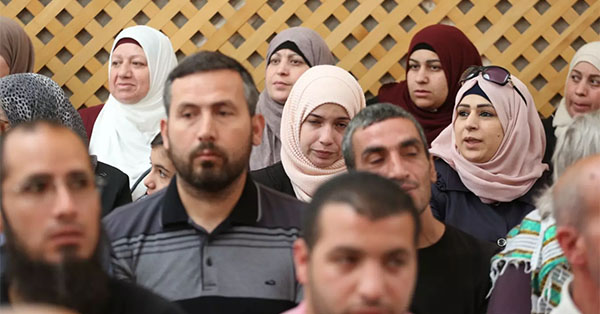 Quote of the Day #1:
“I just saw that there were realities beyond what was on my plate, and those realities almost inevitably informed what was – or was not – for dinner…I came away from the experience deeply embittered, confused – and determined to make television differently than I had before.”
--Anthony Bourdain once explained that a visit to Beirut changed the way he reported on food, and later took him to places of conflict. Haaretz's Dina Kraft wrote that it was his depictions of everyday life in Gaza that drew the strongest reactions, particularly from Palestinians, who along with others across the Middle East, now shared their sadness at his passing.*

Quote of the Day #2:
“The problem - it is not profitable to the security establishment. This system can not be sold to anyone. Its operation is also cheap, so it is impossible to make a living from it.”
—Dr. Oded Amichai, an Israeli expert on homefront defense, laser and military technology, missiles and rockets writes in Maariv that Israel avoids using cheap efficient equipment against Palestinian drones and rockets and instead uses expensive equipment it has developed because that helps sell it abroad.**
You Must Be Kidding:
**Israel admitted in court that it allotted East Jerusalem land to a Jewish settler group, which intends to evict the 700 Palestinians living there, without making proper checks about the nature of the trust that holds the land or the Ottoman-era law that applies in the case.***
Front Page:
Haaretz
Yedioth Ahronoth
Maariv This Week (Hebrew links only)
Israel Hayom

News Summary:
The fear and hope ahead of the Trump-Kim summit, the destruction of an alleged Hamas commando underwater tunnel, the inability of the Israeli Security Cabinet meeting to decide how to stop the humanitarian-economic crisis in Gaza and the latest on the southern fence with Gaza and the northern border with Syria were top stories in today’s Hebrew newspapers. Also, the latest on ‘diplomacy.’

The IDF destroyed a land-sea tunnel it said was for the use of Hamas naval commandos, it also introduced a new burning kite attack drone called ‘Firefly,’ which may have been the one used on Friday, and which will be presented for sale for the first time at the Eurosatory exhibition in Paris next week. Dr. Oded Amichai, an Israeli expert in drones and missiles, wrote in Maariv today that Israel uses expensive solutions against the Palestinians in Gaza so it can make a profit selling the equipment abroad. (See Commentary/Analysis below.)

While the IDF and the Israeli military industries have been busy putting out fires, literally, the political leaders are unable to make any decisions, the papers reported today. At a three-hour cabinet meeting Sunday on how to help the Gaza economy and provide humanitarian aid, politicians took no decisions, despite security officials' warnings of an economic collapse in Gaza. Maariv’s Yossi Melman wrote an insightful analysis of the politicians’ problem. (See Commentary/Analysis below.) Yedioth reported that an ‘embarrassing' disagreement broke out in the meeting between Defense Minister Avigdor Lieberman and Chief of Staff Gadi Eisenkot. And senior ministers expressed criticism of the seriousness of the discussion held by the political-security cabinet regarding the fear of the collapse of the Gaza Strip, calling them "Improvised measures, nothing new,” Maariv reported. And Ministers Gilad Erdan and Naftali Bennett demanded that the youth squads of kite launchers be assassinated. Meanwhile, 1,500 Palestinians demonstrated in Ramallah calling on Palestinian President Mahmoud Abbas to lift punitive sanctions imposed on Gaza in an attempt to weaken Hamas.

Features:
*From Israel to Iran, Mideast unites in praise of compassionate chef Bourdain
American chef’s TV specials on Iran, Lebanon, Israel, the West Bank and Gaza are seen as some of his best work, hailed for avoiding stereotypes and telling complex stories with rare humanity. For Bourdain, landing in peacetime Beirut one day and finding a city at war the next transformed his mission. The harsh realities that informed the countries he was visiting could no longer be ignored, he wrote. “I just saw that there were realities beyond what was on my plate, and those realities almost inevitably informed what was – or was not – for dinner…I came away from the experience deeply embittered, confused – and determined to make television differently than I had before.” Bourdain did a show from Bethlehem, a settlement and a kibbutz, but it was his depictions of everyday life in Gaza that drew the strongest reactions, particularly from Palestinians. (Haaretz+)
Alone in the campaign: the struggle of the National Service girls (who come from abroad)
They come from abroad imbued with ideology, but find that being a solo volunteer in Israel’s  National Service is not a simple task: Beyond loneliness, the economic shortage forces many of them to work another job to survive. (Ilana Stutland, Maariv)
In Photos: Palestinians travel from West Bank to Al-Aqsa on last Friday of Ramadan (Maan)