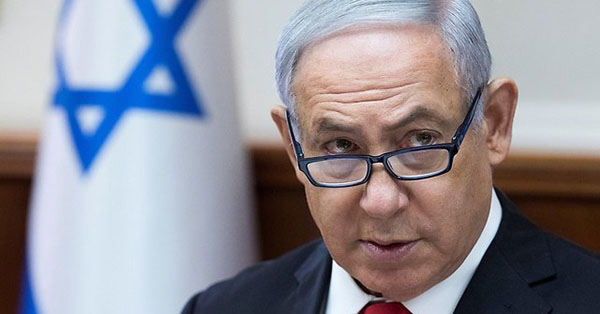 Quote of the Day #1:
"Israelis and Iranians, we are family. That is since the days of King Cyrus 2000 years ago. These are just governments that ruin it all because of religion."
--Reza, an Iranian fan attending the World Cup, welcomed two Israeli Yedioth Ahronoth reporters he met at the hotel dining room.*

Quote of the Day #2:
״So I have this background that allows me to look at things from a different perspective, and to some extent that allowed me to make the movie, since I didn’t buy into the threats that most Israelis believe in – according to which most Palestinians are terrorists and it’s very dangerous to go there. My complicated identity allowed me to observe this from a slightly different angle.”
—Argentina-born Jewish Israeli filmmaker, Ines Moldavsky, made a prize-winning film about dating Palestinian men from the West Bank.**
Front Page:
Haaretz
Yedioth Ahronoth
Maariv This Week
Israel Hayom

News Summary:
Israeli papers were filled with commentary and analysis on the ‘historic’ meeting between the US and N. Korean leaders, which Israeli Prime Minister Binyamin Netanyahu lauded, adding that Trump “has also taken a strong stand against Iran's efforts to arm itself with nuclear weapons,” while Iran warned N. Korea that Trump was known to breach agreements, and Netanyahu was questioned for the first time about the Submarines Acquisitions Affair, Case 3000, and said he did not know that David Shimron, his personal lawyer and relative, was employed by the corrupt man who represented German conglomerate ThyssenKrupp in the deal, (meanwhile, a document from eight years ago revealed that gifts to the Netanyahu couple disappeared before they were reported on to the committee responsible - Maariv) and Jewish ‘hilltop youth’ clashed with Israeli security forces, who completed the eviction of settlers from 15 homes in the Netiv Ha’avot settlement outpost. Worthy of note, 13 police officers were wounded, but only two teens and one adult were detained for assaulting an officer. Netiv Ha’avot residents say not a single Palestinian has been able to prove his ownership of the land so far. Peace Now, however, says the petition includes names of Palestinian petitioners who claim to own the land.

Features:
*Flirting on the Green Line: Israeli filmmaker chronicles her Tinder dates with Palestinians
‘Have you ever screwed a Jewish woman?’ Ines Moldavsky asks West Bank online suitor in ‘The Men Behind the Wall.’ (Nirit Anderman, Haaretz+)
The hard core - Yedioth correspondents to the Mundial World Cup visited the training camp of the Iranian national team, got a warm reception and went home safely
Dozens of Iranian journalists with smartphones pulled out, fans who sneaked into the training zone and broke out in dance - and a moving call to the Israelis. It wasn't boring at the training of the Iranian national team. After the ice broke we didn't feel isolated. We were simply journalists. And when the team's manager came to greet each of the guests with a 'Salam,' we got one of our own. "I thought you were Iranians," he said with a smile. "...You should know that no one here is a problem with (your being Israeli)," said one of the Iranian journalists. "This is only sport and we are all humans." The leader of the fans, Bahnam, was excited when he learned where we came from. "Israelis?! Soccer is an international language. We are here in order to support our national team. This is a celebration for every country, all the fans in Israel are invited to come join us and join our celebration."..The truth is, even before the practice, we held our own real Singapore summit at breakfast at the hotel next to three dapper Iranians who came to watch the Mundial. The world 'Israel' was received with a wide smile by Reza, Kamera and Verza, and the first caught me agains on the way out and said: "Israelis and Iranians, we are family. That is since the days of King Cyrus 2000 years ago. These are just governments that ruin it all because of religion." (Yair Katan and Oz Mualem, cover, Yedioth sports supplement)
Which nation owns falafel - and does it matter?
Why are Israeli Jews so reluctant to admit their food has been influenced by Arab cuisine? In recent years, thanks to the increasingly rapid pace of globalization, it seems like practically every country is striving to define its national cuisine. I recently spent a week in Warsaw at a culinary forum that brought together international chefs, journalists and experts in culinary tourism. Terroir, the organization behind the event, is dedicated to promoting the growth of international culinary communities through discussions, lectures, workshops and shared meals.  Chefs and a political scientist at the event try to figure it out. (Ronit Vered, Haaretz+)
International Conferences: A Tourism Market Israel Lets Slip By
Participants are big spenders, high quality tourists, but only recently has Israel made an effort to win the business. (Haaretz+)

Commentary/Analysis:
Mideast 'friends' beware: With North Korea, Trump just proved how easily he’ll sell out America’s allies (David Rothkopf, Haaretz+) Long-standing alliances? Disposable. The entire international security order? Expendable. The lesson for Netanyahu and U.S. allies in the Gulf is that the only Trump foreign policy doctrine is: 'What’s in it for me?'
History or hysteria? The path to Kim's nuclear disarmament is long (Shlomo Shamir, Maariv) Western intelligence organizations have no precise information on how many nuclear weapons Pyongyang has developed. Therefore, even if Kim meets the agreement, it will be very difficult to know, to examine and to ensure that he has indeed dismantled everything he has.
Trump-Kim Summit: Iran's Khamenei Can’t Smile Just Yet (Zvi Bar'el, Haaretz+) If a paper like the one the U.S. and North Korea signed in Singapore had been signed by Iran, not only Israel would have gone crazy; for now, Tehran can watch and learn.
Trump's America is once again leading the world (Boaz Bismuth, Israel Hayom) U.S. President Donald Trump's ‎meeting with North Korean leader Kim Jong Un showed the world how to hold nuclear talks from a position of strength • Trump gave little and received much, showing that at times, you must wield the power you hold.
The historic summit in Singapore: Trump gambled on the whole pot (Ben Caspit, Maariv) If it turns out that North Korea is going to disarm from its nuclear weapons, Donald Trump should get the Nobel Peace Prize. But it might end exactly like last time.
Singapore summit won’t bring peace on earth, but it does prevent a war (Ron Ben-Yishai, Ynet) The Trump-Kim meeting won’t improve human rights and the humanitarian situation in North Korea, but it relieves tensions and prevents a military conflict. Like Obama in the nuclear agreement with Iran, Trump agreed to exclude the ballistic missile issue—which Israel is particularly concerned about—from the written understandings with North Korea.
North Korea’s Kim Is Big Winner of Singapore Summit but Trump Comes Up Short (Chemi Shalev, Haaretz+) Pyongyang tyrant gains legitimacy and respect from U.S. president without giving up anything new or tangible in return.
Trump's flurry of smiles chilled leaders who felt his cold shoulder (Hayim Iserovich, Maariv) One could imagine that the leaders of the countries considered the closest friends of the United States had a sense of discomfort when they watched the friendliness of the free world leader with a man holding thousands of his people in concentration camps.
A Reminder to Netanyahu: The Past Need Not Define Our Future (Haaretz Editorial) Israelis can only listen in envy to the Trump’s words and wish that their own leader had a shred of his diplomatic courage.
History? Trump and Kim will make do with the applause of their base and of the world (Prof. Ben-Ami Shiloni, Maariv)
Conservatives in the US Congress and the military in North Korea do not support concessions to the other side. Apparently, each of the leaders will make do with a small achievement.
What did the British ever do for Israel? (Ian Westerman, Haaretz+) For 20 critical years, the far from philanthropic British Mandate allowed a potentially subversive shadow government to be built under their noses. That’s how Israel survived 1948.
Holding the Eurovision Song Contest in Tel Aviv will not harm the status of Jerusalem (Meital Lehavi, Maariv) For many residents of the capital, competition of this kind is alien to their way of life and even contrary to it. The combination of such diverse populations may create friction, which in Tel Aviv will not be at all.
Israel's New Tool for Dispossessing Palestinians (Amira Hass, Haaretz+) Military order 1797 is one more item in Israel's ‘toolbox’ to stop all Palestinian construction in the lion’s share of the West Bank.
Why Israel should help solve Jordan’s economic problems (Dr. Shaul Shay, Yedioth/Ynet) A chaotic situation in Jordan—and even more so, a collapse of the Hashemite regime—could have serious ramifications on Israel’s security and on the geo-strategic balance of power in the Middle East. Israel should therefore do everything in its power to help restore stability in the kingdom.
Learning From the Pride Parade (Uzi Baram, Haaretz+) It must inspire to set the agenda with respect to the struggle for absolute equality between men and women, against exclusion of women in the public space and against gender segregation.
Far from feeble (Noam Katz, Israel Hayom) Israel's willingness to convince others will not always be met with a comparable willingness to be convinced of, let alone hear, what Israel and its officials have to say.
If You Boycott Israel, Shouldn't You Boycott Trump's America as Well? (Bradley Burston, Haaretz+) There's a difference, you say? I agree. America's record is worse.
The crisis between Europe and the US obligates Israel to maintain its relations with both countries (Adi Cantor, Maariv) A gloomy cloud now stands above the heads of both EU leaders and the American president. However, the hand of the United States is undoubtedly superior
Israeli Tactics Trump Strategy for Gaza (Zvi Bar'el, Haaretz+) The Strip doesn't need relief measures but genuine economic development. But a discussion this week among Israeli decision makers proves they're more interested in strategies than they are in solutions.