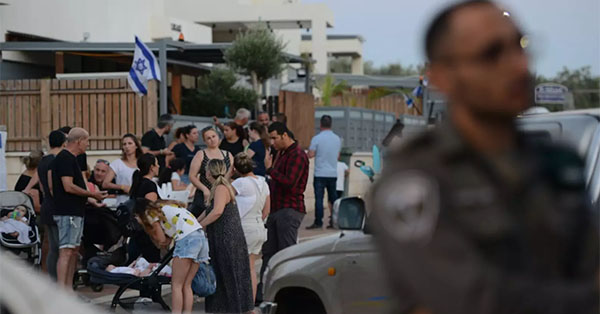 Quote of the day:
“My hope is I get to see my Jewish brothers and sisters roam freely from Jerusalem to Ramallah, to Babylon and to the Nile, and for my fellow Arabs and Muslims to walk through Israel without fear of having an Israel stamp in their passports.”
--Sarah Idan, aka “Miss Iraq,” said during her visit this week to Israel where she met up with her friend, "Miss Israel," from the 2017 Miss Universe contest. Idan’s family was forced to flee Iraq after she posted a selfie of the two women in 2017.
You Must Be Kidding:
And while this week Miss Iraq visited Israel and the new political leader of Iraq called for Iraqi Jews to return to Iraq, dozens of Israelis in the Israeli city of Afula demonstrated yesterday again against the sale of a home to an Arab-Israeli family. And while the police last month detained 21 peaceful Arab-Israeli protesters in Haifa and injured seven of them, it "settled" for restraining the Jewish-Israeli protesters in Afula to the curbs and detained none.
Front Page:
Haaretz
Yedioth Ahronoth
Maariv Weekend (Hebrew links only)
Israel Hayom
News Summary:
The Russian victory on the opening day of the world cup, the Gazan threat to launch 5000 burning kites towards Israel until it stops the siege and the IDF firing ‘warning shots’ for the first time at kite launchers and threats to shoot them were today's top stories in the Hebrew newspapers.

Not mentioned was that another young Palestinian in Gaza succumbed to his wounds sustained when an IDF sniper shot him in the head this week during the Gaza protests. The killing of Ahmad Ziad Tawfiq la-Assi, 21, brings the total number of Palestinians killed in protests since the start of the ‘Great March of Return’ on March 30th to 126.

In other key news, Yedioth revealed that Prince William intends on visiting the Wailing Wall and that Kensington Palace considers that also part of his visit to the Palestinian Authority. And Haaretz+ revealed that Israeli ministers are expected to approve a bill prohibiting distribution of photos or footage of soldiers. The bill will be detrimental to proving human rights abuses against Palestinians.