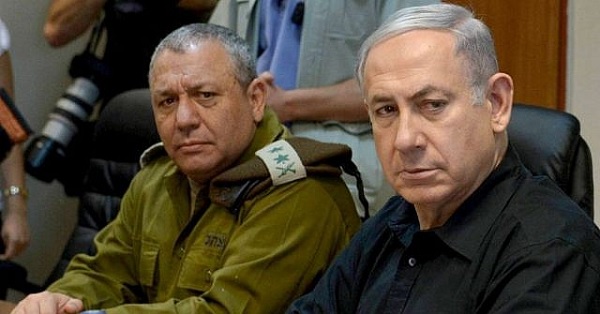 Numbers of the day:
48:41 - Percentages of Israelis who support/oppose opening an expansive military operation against the Gaza Strip.
29:64 - Percentage of Israelis who are satisfied/dissatisfied with the way Israeli Prime Minister Binyamin Netanyahu is acting with Hamas. (Maariv Poll)
Front Page:
Haaretz
Yedioth Ahronoth
Maariv Weekend (Hebrew links only)
Israel Hayom
News Summary:
At the time the newspapers went to print, Hamas had said that an Egyptian-mediated truce had been reached that would end some 24 hours of exchanges of blows between Hamas and Israel that erupted after Israel shot dead two Hamas commandos in a training exercise, mistakenly thinking they were shooting at Israel. Israel denied a truce had been reached, ‘in line with Israel's policy of ambiguity,’ wrote Ynet’s Elior Levy, but today was is clear that the truce is in effect. In those 24 hours, the violence between the two sides escalated significantly. Israeli strikes killed a pregnant Palestinian woman and her daughter and a Hamas military member and a Palestinian rocket severely injured a Thai worker in Israel. By midday, a Palestinian official said that the armed groups in Gaza were willing to end the round of fighting if Israel reciprocated. At 3PM, one long-range rocket was shot from Gaza at Beersheva, the largest city in southern Israel, for the first time since Operation Protective Edge four years, and landed in an open area without causing injuries or damage. At 6PM, Israel decimated an enormous 5-story building in the heart of Gaza City, which Israel said served Hamas interior security services. But a nearby resident told Haaretz that "the attacked building is an art and culture center which has no political or security use. The building also serves the Egyptian community that lives in Gaza. There is no reason to target this building other than harming a Palestinian cultural symbol." After a four-hour meeting at the IDF Headquarters, Israeli officials said that Hamas wanted to end the round of violence and that there was a low chance Israel would make a major operation in Gaza if no rockets were fired from Gaza overnight Thursday. At 22:45, the report of a ceasefire came out, which would go into effect at midnight. Today, security restrictions on citizens living in the area around the Gaza Strip, Netivot and the central Negev region were lifted.

Meanwhile, Professor Alex Stein, a new conservative and controversial justice who was appointed by Justice Minister Ayelet Shaked, was sworn in to the High Court on the same day that High Court Justice Esther Hayut said that Israel’s judges “are obligated to carry out their jobs without trepidation and without bias,” in an indirect response to the threat by Shaked this week that if the High Court rules the new nation-state law is unconstitutional, a “war between the branches” of government will break out.
Prepared for APN by Orly Halpern, independent freelance journalist based in Jerusalem.