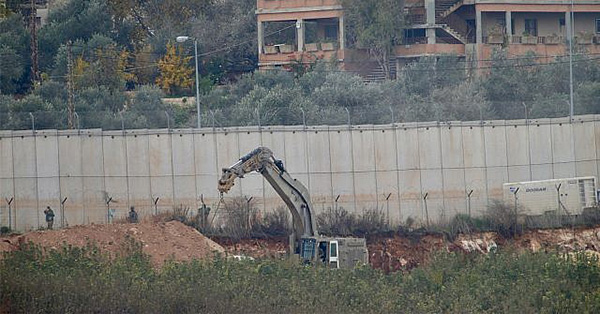 *Please note that News Nosh will be truncated and focus on the English Israeli media between December 3-13 while Orly Halpern is on holiday.

Now is a great time to download APN's Facts on the Ground, a new, completely revamped and upgraded version of the groundbreaking settlements map app. It is available for free on iPhone and Android.

Go HERE to get to the Apple link directly

Go HERE to get to the Android link directly

The IDF announced to that it was engaged in an operation - Operation Northern Shield - to destroy Hezbollah cross-border tunnels. The IDF stressed that these tunnels were not yet operational and pose no immediate threat to Israeli civilians.

Hezbollah's was pretty restrained, saying that it is "closely monitoring the enemy's activities along the border and that the Lebanese army is in constant state of alertness. However, routine is maintained in southern Lebanon's villages." But other sources from within Hezbollah say that this operation just goes to show that Netanyahu is in crisis mode and trying to distract from his problems at home.

This morning Trump's National Security Advisor, John Bolton, said that the US fully supports the Israeli operation. Just hours before the operation was launched, Prime Minister Netanyahu met with US Secretary of State Mike Pompeo in Brussels. Amos Harel writes in Haaretz that this meeting "signals to Iran, Lebanon, and Hezbollah, through the Americans... that there is an urgent need to deal with the problems before Israel considers using military means.