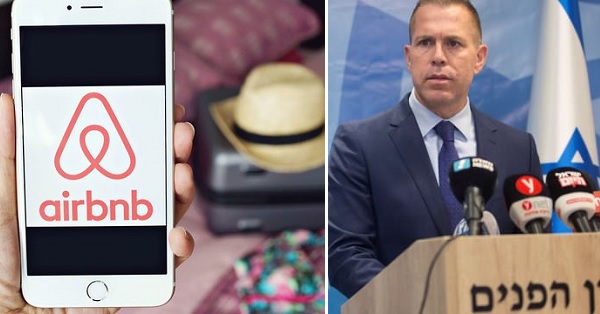 We are dismayed to read your letter to governors of US states, in which you assert that Airbnb’s decision to delist homes in West Bank Jewish settlements is tantamount to adhering to the Boycott, Divestment, and Sanctions (BDS) Movement and constitutes anti-Semitism. Neither of these charges against Airbnb withstands scrutiny.

The undersigned organizations represent Jews who care deeply about the State of Israel and its future. All of our groups oppose the BDS movement. We also all oppose the occupation of the West Bank, now in its 52nd year. We strongly believe that the occupation, which the settlements perpetuate, thwarts peace with Palestinians and thus endangers Israel’s security, democracy, and Jewish character.

Contrary to your claim that Airbnb’s new policy should be characterized as BDS, the company has emphasized its continued commitment to doing business within the Green Line, Israel’s internationally recognized boundaries. Its delisting of rental properties will only occur in illegitimate West Bank settlements which are not part of Israel. Engaging with Israel (whether financially, politically, or morally) while refusing support for the occupation, which imperils its future, is quintessentially pro-Israel. In our view, no one who supports Israeli-Palestinian peace should oppose Airbnb’s action.

Your assertion that Airbnb is driven by anti-Semitism is utterly unsupportable. Airbnb objects to the settlements not because they are Jewish but because they usurp Palestinian land, much of it privately owned. The company’s new policy is in line with what much of the world knows: settlements are illegitimate, immoral, and obstacles to peace. To accuse Airbnb of anti-Semitism trivializes and distracts from fighting the rising tide of anti-Semitism, which is driven in the United States by the legitimization of white nationalism.

The laws you are asking American governors to invoke are problematic on two grounds. First, they conflate sovereign Israel with territories occupied by Israel, violating long-standing US policy. Second, they are likely unconstitutional violations of free speech guaranteed by our First Amendment, as recent court victories against the Kansas and Arizona laws indicate. These laws do nothing to protect Israel. Rather, they distract from the real issue: the ongoing conflict between Israel and the Palestinians, and the occupation that it perpetrates.

We urge you to withdraw the requests you sent to US governors and to stop your baseless rhetoric aimed at Airbnb. Further, we call on you and fellow Israeli cabinet members to refrain from enacting measures that would limit Airbnb’s activities in sovereign Israel. Such action would harm the economic interests of Israelis and lend a victory to the BDS movement you purport to oppose.