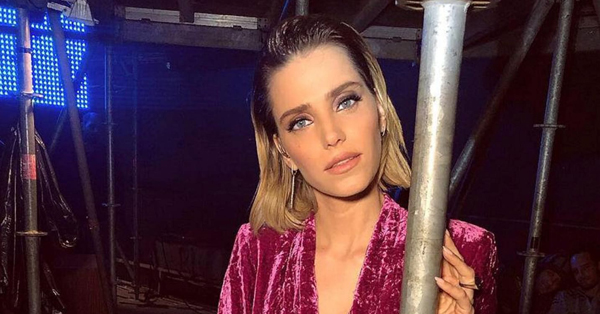 Quote of the day:
"There are three chiefs of staff and a former minister in the cabinet, who have 117 years of military experience. They won’t teach us how to protect the country.”
--Kahol-Lavan party responds to Likud attacks.
Front Page:
Haaretz
Yedioth Ahronoth
Maariv This Week (Hebrew links only)
Israel Hayom

Elections 2019 News:
*At the official launching ceremony of the Likud list, Israeli Prime Minister Binyamin Netanyahu officially reconciled with his arch rival in the Likud party, Gideon Saar, in order to reach ‘victory,’ while the four top personas of the rival Kahol-Lavan party toured the north, where leader Benny Gantz announced that he would not agree to withdraw from the Golan Heights (and Netanyahu told his supporters they should “not underestimate the risk of losing to the “leftist” Kahol-Lavan party) - making top stories in today’s Hebrew newspapers along with the tension with the Palestinians that is rising on four different fronts: the West Bank, where an allegedly intentional car-ramming attack wounded an Israeli officer and soldiers shot dead two of the Palestinians, (the Palestinians say it was an accident:, it took place at night, in rain and fog on a dangerous bend while the soldiers were stopped in the middle of the road - and attackers don't do ramming attacks in threesomes), at the Temple Mount, where an Israeli court threatened to close the mosque Muslim worshipers forcibly reopened and where police banned a top Islamic cleric from entering, at the Gaza Strip where for the fourth consecutive day Gazans launched towards Israel balloons with explosives on them in protest of the 12-year-siege, for which Israel responded by bombing two Hamas outposts, and in the prisons, where Israeli Public Security Minister insists on using a technology which will prevent illicit use of smuggled cellular phones by (Palestinian) security prisoners, all of whom are not given any public phone access, and in opposition to the recommendations of the IDF not to block it for fear of conflagration.

Features:
Jews live in the shadows in Muslim-majority Indonesia
Living in the Southeast Asian country of 260 million people, Rabbi Yaakov Baruch keeps his religious identity under wraps after a group of men threatened him with death and called him a 'crazy Jew' as he walked with his pregnant wife. (AFP, Ynet)

Elections 2019 Commentary/Analysis:
The Die Is Cast. Netanyahu Is History (Nehemia Shtrasler, Haaretz+) The prime minister's political career of nothing but himself is over and it doesn’t matter whether it happens in the coming election or immediately afterwards.
Alan Dershowitz's Ludicrous, Pitiful, Conspiratorial and Dangerous Defense of Benjamin Netanyahu (Eric H. Yoffie, Haaretz+) For the four years Netanyahu has been under criminal investigation, Dershowitz - once a great defender of Israel's values - has been his number one fan, serving up increasingly desperate and sleaze-appeasing apologetics. Why?
After Replacing Netanyahu, Gantz's Party Will Self-destruct. And That's OK (Anshel Pfeffer, Haaretz+) The Kahol Lavan electoral alliance has a self-destruct mechanism that will go off whether or not it fulfills its mission of replacing Bibi. It’s all part of Israeli political history.
The Blue and White platform – a balancing act of right and left (Yuval Karni, Yedioth/Ynet) Trying to appeal to the entire political spectrum and keep its own divisions to a minimum, the party does not mention Palestinian statehood or two-state solution, but does vow to exhaust all efforts to reach a peace deal.
Superman to fans and devil to rivals, larger-than-life Netanyahu is, in truth, pathetic (Chemi Shalev, Haaretz+) His weaknesses overpower his strengths and his fears erode his self-confidence. Haunted by the demons in his mind, he is a victim of his own paranoia.
Netanyahu's media obsession is brought to you by an American billionaire (Sever Plocker, Yedioth/Ynet) In the 12 years of Israel Hayom's existence, Sheldon Adelson has spent over a billion shekels to crown Netanyahu and ensure his victory in every election.
Sounds Familiar? Netanyahu Tells Likudniks Their Greatest Enemy Is the Media (Chemi Shalev, Haaretz+) The prime minister launched his party’s election campaign by touting his own innocence and branding his rivals as leftists beholden to Arabs.
It was the lust for power, hubris, and paranoia that dictated Netanyahu's end (Dr. Revital Amiran, Maariv) In the future, the character of the prime minister can be written as a play - a sharp, charismatic and dark-tempered person - precisely the materials from which the greatest playwrights concocted their tragic characters.
Netanyahu's Hope for Immunity: An Uphill Battle Likely to Fail (Jonathan Lis, Haaretz+) With election in sight and draft indictment published, could coalition partners, who haven't been so keen on Likud's controversial bill, save the PM from corruption cases?
Netanyahu and the court of public opinion (Shlomo Pyuterkovsky, Yedioth/Ynet) Should the prime minister be reelected after the attorney general called for him to face charges in all 3 graft probes against him, it would be impossible to argue he must resign in case of an indictment because the people will have had their say.
The Tragedy of Netanyahu: Smitten by His Own Legend (Meirav Arlosoroff, Haaretz+) The prime minister held on to power too long and eventually abandoned the ideas he stood for.
Making news – ignoring real problems (Fiamma Nirenstein, Israel Hayom) It's not surprising that the timing of Attorney General Avichai Mendelblit's decision to indict Prime Minister Netanyahu has people talking about a political putsch.
Electioneering on the Verge of Conflagration (Haaretz Editorial) Israel's security forces have warned the security cabinet of the potential for a conflagration, but facing these assessments and proposals is a governmental vacuum that is conducting a political campaign for its survival.

Other Commentary/Analysis:
Recent Clashes Have Israel, Palestinians on Brink of Broad Escalation (Amos Harel, Haaretz+) Monday's car ramming attack joins Gaza border protests, tension at the Temple Mount and unrest in Israel's prisons in a recipe for a new round of conflict.
Why the Right Shouldn't Fear Trump's 'Deal of the Century' (Raviv Drucker, Haaretz+) Anyone who's holding out hope that Kahol Lavan will effect a revolution in the Israeli-Palestinian peace process can forget it. Just ask former U.S. Secretary of State Kerry.
The deal of the last century (Prof. Eyal Zisser, Israel Hayom) The American deal of the century will likely join the long list of peace plans to end in a thud. With that, Israel should use the momentum it could provide to bolster relations with the Arab world.
Trump's peace plan is a failure before it comes into being (Shlomo Shamir, Maariv) If Kushner and Greenblatt think postponing the publication of the ‘Deal of the Century’ until after the elections in Israel will help in its acceptance, they are mistaken. The chances of implementing it are not slim, but rather nil.
The Writing on the Wall (Amira Hass, Haaretz+) Whoever wrote 'Death to the Arabs' in very small print letters did not intend to provoke the passersby – and yet, graffiti appearing on the wall of a military checkpoint has an address – the army.
The UN's humanitarian propaganda war (Gerald M. Steinberg, Israel Hayom) All Palestinians are victims, and terrorism does not exist, according to certain agencies affiliated with the United Nations. The funding crunch they now face is the result of their own fundamental failures.
Why Muslim and Arab Countries Are Working So Hard to Win Over U.S. Evangelicals (Amir Tibon, Haaretz+) The visit by a group of American pastors to Azerbaijan this week is the latest instance of outreach from the Muslim world, following prior visits to Egypt, the UAE, Jordan and Saudi Arabia — and it is not all about gaining access to the Trump administration.
Trump's Deal of the Century could bring peace of a different kind: between Likud and Kahol-Lavan (Yossi Achimeir, Maariv) The peace plan does not have much chance, the Palestinians reject any paper submitted to them, and the parties to the right of Netanyahu will find it difficult to accept. But it may bring about a unity government.
Why the Ilhan Omar anti-Semitism Controversy Isn’t Going Away Anytime Soon (Allison Kaplan Sommer, Haaretz+) By repeating what are widely seen as anti-Semitic tropes, the rookie congressman is sending a message that she will not be ‘silenced’ by Jewish organizations and lawmakers, presenting the Democratic Party with a major headache.
Are Jews 'shutting down' Ilhan Omar? (Jonathan S. Tobin, Israel Hayom) The freshman Minnesota congresswoman claims Jews are repressing her. She is trying to shut down the criticism of her anti-Semitism and link the defense of Israel with Islamophobia.
For Turkey, All Kurds Are Terrorists (Saleh Maslem, Haaretz) Turkey's hatred of the Kurds means we have been shut out of international efforts to find a political resolution to the conflict in Syria.