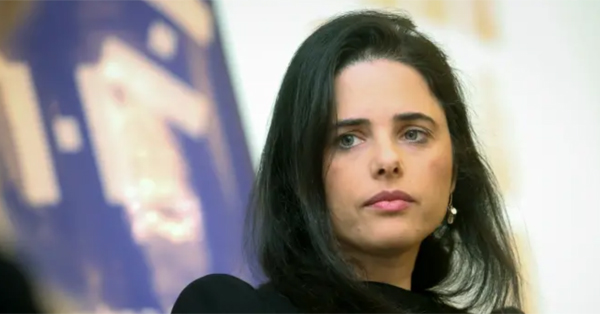 
You Must Be Kidding:
After court ordered demolitions for homes of hundreds of Palestinians under guise of zoning, Jerusalem municipality changes plans to allow for settler construction
Front Page:
Haaretz
Yedioth Ahronot
Maariv This Week (Hebrew links only)
Israel Hayom

News Summary:
A crashing Israeli spaceship and promises of another try, challenges in appeasing the portfolio demands of the right-wing coalition partners-to-be with those of the senior Likud members in order to form a government, the adamant rejection by the Israeli President of the Brazilian President's statement that Holocaust crimes can be forgiven and an Israeli air force attack on Iranian military facilities in Syria were the top stories in today's Hebrew newspapers.

Features:
Wounded Palestinian prisoners left in rain with no food or toilets in 'night of the atrocity'
About 100 shackled security prisoners in an Israeli prison were left outside for 36 hours, after two guards were stabbed. This week they launched a hunger strike. (Gideon Levy, Haaretz+)
A religious Jew and a devout Muslim find common ground
Elhanan Miller is a kippa-wearing Orthodox Jew and Thana Jawabreh is a devout Muslim who covers her head; together, they created a project to educate members of each other's faith and break down barriers. (Elhanan Miller and Thana Jawabreh, Yedioth/Ynet)
Soft Begin: That is how the late prime minister paved the way for peace with Egypt
This is how Menachem Begin maneuvered between the interests of the United States, the threats from Syria, the terror from Lebanon and the nuclear reactor in Iraq on the way to implementing the agreement he signed with Sadat. (Dr. Yigal Kipnis, Maariv)
Tunisian Piano, Medals and Magic Spells: Treasures Recount Glory of Jews From Arab Countries
Artifacts now on display at a Tel Aviv museum tell the story of flourishing communities in Arab countries and Iran, who sought refuge in Israel in its early years. (Ofer Aderet, Haaretz+)
A headscarf among hijabs - Umm al-Fahm's Haredi teacher is building bridges
Ital Levy of Afula is the Arab city's sole Jewish educator, and while her appointment raised a few eyebows, she is determined to dispel what she calls 'harsh stigmas' and has won over her students and their parents. (Adir Yanko, Yedioth/Ynet)
A glimpse into the obscure world of Israel's state archives
Cabinet ministers thought that the minutes of the meeting about construction in the territories would be publicized within a few years. But it took more than five decades for the file to be opened, and then almost by chance
Yaacov Lozowick, Haaretz+)

Commentary/Analysis:
The Price of Annexation (Haaretz Editorial) Annexation will lower Israel’s standing, especially in Europe, perpetuate the conflict and even spark a new round of bloodshed.
The date of Nakba Day will intersect with the Eurovision Song Contest - and may endanger the competition (Alon Ben David, Maariv) Netanyahu, whose conciliatory policy vis-a-vis Hamas has received clear support in the south, knows that no one will come to Israel while there are rockets falling.
The Best Chance for Israeli Right's Dream of Annexing the West Bank: The Palestinians (Amos Harel, Haaretz+) With Netanyahu victory, left's dream of a plan that would force concession on Israel seems more distant than ever.
In the Mayhem After Bashir’s Ouster, Sudan May Find an Unlikely Ally in Iran (Zvi Bar'el, Haaretz+) The dictator who ruled over the African country for 30 years may have been booted, but Sudan is still deep in crisis.
From Bouteflika to Bashir, Powers Shift. But the Second Arab Spring Is Far From Breaking Out (Zvi Bar'el, Haaretz+) Too soon to ring in the revolution: Eight years after the revolts that shook up the Arab world, public awareness isn't enough to spark true change.
Acceptance of Israeli action in Syria (Yoav Limor, Israel Hayom) The Russians and the Syrian regime, albeit more discreetly, have reservations about Iran's presence in the country. The sense in Israel, therefore, is that a window of opportunity now exists for pushing Iran out of Syria or at least significantly minimizing its activities there.
Thank You and Goodbye, Beresheet (Noa Landau, Haaretz+) Since the founding of Israel, every shared and unifying dream has disintegrated. There is almost nothing that people don’t disagree about – including, and maybe mostly – the formative national and religious events. Lacking fundamental shared experiences in the lives of the people, when even sports these days are an arena for political infighting, and after a divisive and especially painful election campaign – the Beresheet project provided a small and rare sort of opportunity to appreciate an achievement together, which was seemingly neutral. This is why the loss of communications with the spacecraft, just a moment before the anticipated landing, and just a moment before the announcement of the final election vote results, which at the very last moment went awry – exactly like the landing – felt like one big metaphor. Like the country that could have been, but we have missed out on. In the high-tech superpower filled with traffic jams and embarrassing trains, where it's impossible to receive a package in the mail, and votes can't be correctly counted, everything is so close, but not quite. But this was not the only reason the attempted landing on the moon by the Israeli spacecraft Beresheet was broadcast live Thursday night over every possible channel in Israel. The entire operation attracted enormous attention, partly because Israelis are yearning for a unifying experience. They want something not surrounded by partisanship, anything that people can agree on for a moment and be happy.
It's not anti-Semitism that makes defending Israel in America so hard. It's Netanyahu (Eric H. Yoffie, Haaretz+) For non-Orthodox U.S. Jews, Netanyahu's victory is unfortunate, even tragic. He's shown us only contempt, and his commitment to endless occupation destroys our efforts to sustain broad U.S. support for the Jewish state.

Interviews:
'If liberalism wants to save itself, it needs to contemplate suicide'
Why do Israelis act like they're miserable, but report that they're happy? Political scientist and self-styled 'intellectual harasser' Uriel Abulof talks about true freedom – and about how politics can elevate or suppress the human experience. (Interviewed by Oded Carmeli in Haaretz+)