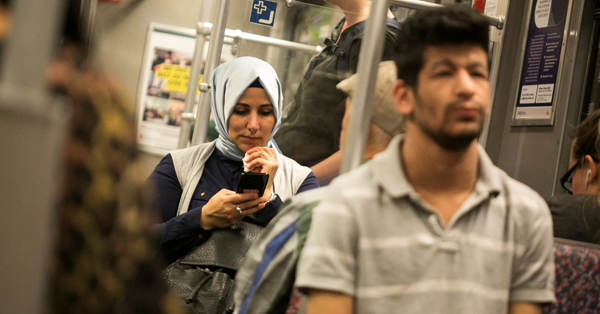 Quote of the day:
"In our advanced age it is about time for us all to decide if 71 is the Age of Reason or the Age of Dementia. We are a strong but frightened state, advanced and also dark, feeling safe and also unstable, thriving, but many of its inhabitants are poor. The Middle Eastern neighborhood was and still is difficult, but today it is much less threatening. There are opportunities to deepen our roots in this place..."
--Alon Ben-David, military commentator for Channel 13 News, writes in Maariv.*
Front Page:
Haaretz
Yedioth Ahronoth
Maariv This Week (Hebrew links only)
Israel Hayom

News Summary:
In today’s Hebrew newspapers top stories, Prime Minister Binyamin Netanyahu’s lawyers’ requested a two-month postponement of the pre-indictment hearing, which Attorney General Avichai Mendelblit was expected to accept on condition the lawyers’ collect the evidence materials they still didn’t pick up, Netanyahu was also expected to request a two-week extension to form the next government (which commentators said was related to the hearing postponement request and the cases against him - see Commentary/Analysis below), Eurovision Week launches today in Israel and tension between the US and Iran is increasing with U.S. President Donald Trump saying on Thursday that he could not rule out a military confrontation then sent Patriot missiles to the region and US bombers to the Persian Gulf, but also reportedly gave his phone number to the Iranians in an attempt to renew ties. Also, making front pages was a retired judge’s vulgar remark, the poisoning of nearly half of the griffon vulture population in the Golan Heights, possibly by farmers targeting predators that attack cattle herds, but the killing of a Gazan protester made less news.

The storm over the remark by a retired judge who bluntly mocked the MC of the Independence Day torch-lighting ceremony over the ‘hypocrisy’ of her seemingly contradictory clothing choices: a headscarf because she is religious with a “tight dress (that) clearly emphasizes her breasts proudly displayed to the glory of the State of Israel, in order to please the hearts of our secular brethren, and apparently also in order to create an atmosphere of unity among the people.” [NOTE: The remark was over the seeming disparity between the religiosity of her headcovering and the sexiness of her dress, yet Yedioth Ahronoth and a number of right-wing female Israelis came to her defense stating that he rejected her headscarf. “Linor, your headwrap is a crown of tradition on your and our heads. You represent the good and beautiful in our society and I am simply proud of your choice,” Culture Minister Miri Regev said in a statement quoted by Hebrew media. - OH]

The first Palestinian killed by Israeli forces since the understandings between Israel and Hamas went into effect made less news. Haaretz reported on the death of Abed Alael, 24, on its front page. He was killed by Israeli fire at a protest on the Israel-Gaza border. Only Haaretz gave him a name. Yedioth gave his killing a headline on page 6. Israel Hayom and Maariv mentioned his death deep in their articles about the situation with Gaza. The papers reported that Israel reopened the fishing zones as part of the implementation of the “understandings,” the cease-fire agreements mediated by Egypt, between Israel and Hamas and Islamic JIhad. Maariv reported that Hamas and Islamic Jihad are expecting from Israel to fulfill its part of the agreement, or there will be another escalation. The Egyptian intelligence delegation was expected to visit Israel today and in the Gaza Strip tomorrow, after which the Qatari funds of $480 million will be transferred to Gaza. Alon Ben-David wrote an insightful analysis in Maariv. See translation in Commentary/Analysis below.

Features:
Gideon Levy: The Grieving Israelis, the Sick Palestinians: A Tour of Destruction Along the Gaza Border
Independence Day flags and mourning in Ashkelon and Ashdod, sick Gazans who can’t get home: A tour of the sites of destruction along the Gaza border. (Gideon Levy, Haaretz+)
During the escalation (with Gaza): Left-wing organizations criticized Israel abroad
Senior members of Breaking the Silence, B'Tselem and the New Israsel Fund were hosted at a conference in South Africa against the occupation, but did not say a word about the shooting on the south. Breaking the Silence Director Avner Gvaryahu, B'Tselem Director General Hagai Elad and New Israel Fund Director Miki Gitzin spoke and answered questions at a Cape Town event attended by dozens of members of the Jewish community in the city. For two hours they talked about the occupation and the suffering of the Palestinians, and also compared Israeli policy with the Apartheid regime that existed in South Africa. The conference was the initiative of the Jewish Democratic Initiative, a South African Jewish organization whose goal is to create international pressure on Israel. Hagai Elad explained during the conference that it is a strategy of B'Tselem to apply international pressure to achieve political goals. "We should try to open the door to international implications for Israel, too, through a detailed description of the grim reality in Gaza." Regarding the apartheid policy, Elad said, "The level of injustice we are committing against the Palestinians is the same level of injustice [of apartheid in South Africa] and should be rejected with the same commitment." JDI told Israel Hayom: "We do not support BDS and are sad to hear such accusations from our Jewish partners. Respect for human rights is a central goal for us as Jews." Breaking the Silence said: "We were happy to meet South African Jews who told us about the cost of the struggle against apartheid and how their government spoke badly of them in the press when they spoke publicly against its destructive policy." (Yair Altman, Israel Hayom Hebrew)