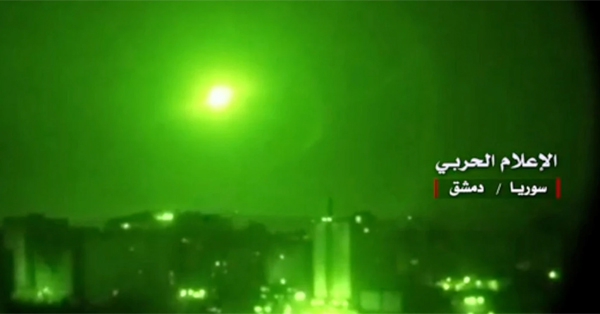 Quote of the day:
“It doesn’t need to matter to anyone what my ethnicity is and what my name is.”
--Newly acquired soccer player of Beitar Jerusalem soccer team, Ali Mohammed, responded to the team's anti-Arab fan club, which opposes the use of his name at the stadium and only agrees to him playing because he is Christian, not Muslim.*

Top News Summary:
Despite Palestinian opposition, Jordan, Egypt and Morocco agreed to attend the Trump Administration’s economic peace conference in Bahrain, (Jordan’s King Abdullah reportedly said he didn’t want Jordan to ‘be left out of the room’), and in Nablus, Israeli soldiers misidentified Palestinian Authority security forces as wanted militants and opened up fire on them, wounding one of the Palestinians and harming the trust in the cooperation (see Commentary/Analysis for more).

Features:
"When I stand on a train carrying my weapon, people see a Golani Brigades soldier. No one asks me if I am a Jew or an Arab"
A. is waiting for the day to finish his training and become a full-fledged Golani soldier. Then, he says, he will return to his childhood neighborhood and will march proudly to his parents' home with his uniform, weapon, pin and cap. Meanwhile, as the only Muslim combat soldier in his enlistment group, he lives in a lone soldiers' apartment and his parents tell their relatives and neighbors that he is studying abroad. (Eti Abramov, Yedioth Hebrew)
In Israel, Millionaires are the New Normal
With the estimated personal wealth in Israel going up by 45% in the last decade, Israelis are now a premier target for global wealth management bankers. (Sophie Shulman, Calcalist English)
Nechama Rivlin's secret friendship with jailed domestic violence victim
Despite her failing health the first lady, who died last week, continued her visits to inmates at Neve Tirza women's prison, supporting them through their rehabilitation efforts and providing them with hope. (Amir Alon, Yedioth/Ynet)
‘No one is immune to battle fatigue, not even the best fighters in the world’
Optimism, determination, meticulous preparations and a healthy dose of humor – Israel Hayom offers an exclusive glimpse into what makes the members of the IDF's elite special forces units tick. ( Ran Puni, Israel Hayom)

Election Commentary/Analysis:
Right Wing Starts to Sour on Netanyahu, but Can’t Replace Him (Anshel Pfeffer, Haaretz+) For first time in over a decade, prominent religious-nationalist pundits are openly questioning the prime minister's motives and effectiveness.
He remains in darkness and keeping silent: Where in the world is Benny Gantz? (Gil Hoffman, JPost/Maariv) The only thing that seems to still be missing is… a candidate to run against Prime Minister Benjamin Netanyahu.
Labor Party Must Learn From Gabbay's Mistakes (Haaretz Editorial) Indeed, Gabbay made serious mistakes when he first took the reins. People who believed that he was the right man at the right time, and that he had the ability to attract new groups of voters to the party, later felt that for this goal, Gabbay was willing to alienate Zionist Union’s base and ignore its values. His willingness to accept Benjamin Netanyahu’s stereotype of the left as having “forgotten what it means to be Jewish” caused many to reject his leadership. Many voters were also infuriated when he dissolved Zionist Union and ousted Livni on live television. They felt that in his efforts to get rid of the leftist label, he had forgotten the left’s values.
Israeli democracy may be a big headache, but we have no other (Nir Kipnis, Maariv) Just like a bad time in a relationship that causes us to focus all our negative energies on our partner, so we saw all the ailments and defects in our democracy last week.
Labor now picking up the pieces (Mati Tuchfeld, Israel Hayom) With Avi Gabbay gone, Labor party leaders must decide whether they plan to act as a satellite party in the leftist bloc orbiting the Blue and White party's sun or lead the country again someday.
Israel's Left-wing Parties Must Join Forces (Noam Tibon, Haaretz+) There is a danger that small parties in both blocs won’t pass the 3.25 percent minimum vote threshold. I and many in the left-wing camp are concerned that the two left-wing Zionist parties have not learned this lesson. The Labor Party sank to a low of just six seats, while Meretz lost a fifth of its strength and barely crossed the threshold. But instead of announcing at this point that the two parties will run together in the upcoming election, some politicians in the parties are occupied with foolish battles over ego that don’t interest their electorates.
Friendly fire may set the right wing on the path to defeat (Shlomo Pyuterkovsky, Yedioth/Ynet) An overcrowded and fragmented political field threatens to weaken the right-wing bloc ahead of the September elections, while the Blue and White party is busy courting anti-Netanyahu votes from his ruling Likud party.

Interviews:
**“It doesn’t need to matter to anyone what my ethnicity is and what my name is”
In a conversation with Yedioth Ahronoth from his home in Ghana, soccer player Ali Mohammad responded to the storm surrounding his signing on to play on the Beitar Jerusalem soccer team, and to the post published by the team’s La Familia fan club [known for being racist towards Arabs - OH], which started a racist attack. Mohammed said he doesn’t understand the preoccupation with his ethnicity and his name. "It does not matter to me and it does not have to matter to anyone anywhere in the world what is my origin or what my name is. I do not understand how to deal with this. I'm a soccer player who needs to succeed on the field and I am convinced that I will succeed in a huge club like Beitar Jerusalem.” In the conversation yesterday, Beitar's new acquisition spoke of ‘La Famlia’s’ demand that the name Mohammed would not be heard at Teddy Stadium. The soccer player has been following from Africa what is happening in Israel from the moment the official announcement of his acquisition was published, and he is aware of all the details, including the new post of La Familia, which read: "We repeat that we have no problem with the new player who signed on. On the contrary, he is an excellent player and we are happy that he is joining. There are a lot of soccer players who are given a nickname. Messi is called the ‘flea,’ and player Mohammed Salah is called ‘Mo.’ And so Ali Muhammad will have a nickname in Teddie.” Mohammed would prefer to talk openly about everything only after he arrives in Israel for training. But in the face of the storm, he referred to the source of his name: "I am not named after the boxer. This is the name my parents gave me, the name they chose for me and with it I was born. By the way, it's a name that exists in all religions and I do not want to go into it at all - it has no place in soccer.” He also told about his family background: “I was orphaned at an early age from my father who is from Niger. I was born in Ghana to a mother who was born here, grew up in Ghana and I always return to her. This is a country that has people of all religions and everything here is in harmony. I chose to represent the Niger team, but my whole life is being conducted in Ghana, which is a very open country.” The support he receives from the team owner Moshe Hagag, including a special press conference and the public's consensus regarding his arrival, encourage Mohammed. "It makes me happy to have such an owner and audience, I'm only focused on soccer.” It turns out that support on social media networks has also been reflected in an increase in the number of subscribers since the announcement of the signing. Team owner Hogeg: “I am certain that Muhammad will score, and the audience will call out his name.” (Interviewed by Nadav Tzentsifer in Yedioth sport section Hebrew)

‘They Claimed I Was Connected to the Mossad’: Meet Greece’s First-ever Jewish Mayor
Moses Elisaf has spent nearly two decades representing the tiny Romaniote Jewish community in Ioannina, and now he’s leading the entire city — overcoming some anti-Semitic slurs along the way. (Interviewed by Achilles M. Peklaris in Haaretz+)