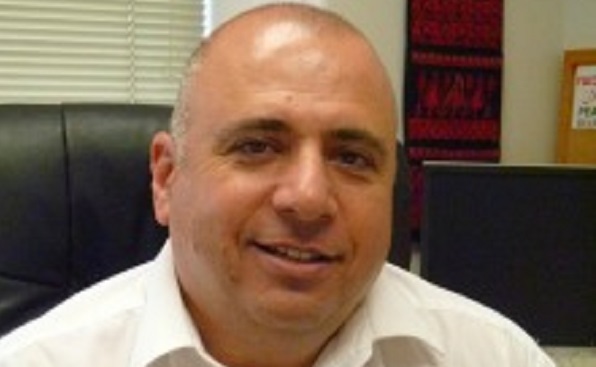 Phrase of the day:
"Conflict contribution."
--Communications Director of Americans for Peace Now, Ori Nir, writes in Haaretz+ about the actions by US President Donald Trump's Mideast team, Jared Kushner, Jason Greenblatt and Amb. David Friedman, who are led by ideologically pro-settler right-wing extremists, and who have no interest in resolving the conflict and instead are intentionally contributing to it by adding fuel to its fire.*
Front Page:
Haaretz
Yedioth Ahronoth
Maariv This Week (Hebrew links only)
Israel Hayom

News Summary:
Ethiopian-Israeli women march through Tel-Aviv against police violence and discrimination, while the police said the forensic evidence backs the claim of the policeman who killed an Ethiopian youth, that he shot the ground and the bullet ricocheted, the IDF discovered another tunnel leading from Gaza into Israel, while the government offered solutions to the crisis over violence towards toddlers at daycare centers making top stories in today’s Hebrew newspapers.

Also in the news, a Jerusalem District Court made an unprecedented ruling against the Palestinian Authority and Iran said it began enriching more uranium. And while the Iranian Revolutionary Guard chief said the world knows Iran is not pursuing a nuclear weapon, US Vice President Mike Pence vowed to “oppose Iran’s malign influence.” A former IAEA official told the Jerusalem Post that Iran was cutting nuclear breakout time by two months and that Iran’s violation “allows Iran to reach a nuclear bomb in less than a year.” (Also Maariv) Also, see the 'Features' section for a mind-boggling report on the reverse that the government took with Bedouins with whom they signed an agreement. Also, in 'Commentary/Analysis,' right-wing Israel Hayom columnist, Yossi Ahimeir, writes about Arab Israelis who inspired him at the Herzliya Conference.

Separately, in a 'dramatic' and unprecedented Israeli court ruling, Judge Moshe Drori of the Jerusalem court ruled that the Palestinian Authority government was liable for damages of attacks by Palestinians against Israelis during the Second Intifada, including attacks 'it didn't know about but later endorsed.’ The ruling applies to 17 petitions presented by the Shurat HaDin (Israel Law Center) organization on behalf of the victims of the attacks and/or their families. “This is an unprecedented decision, as Israeli courts have until now only deemed the Palestinian Authority responsible for attacks carried out by its employees,” Ynet wrote. (Also Maariv)

The latest with Gaza:
The Israeli military said it discovered a tunnel while constructing an underground barrier, apparently an old tunnel, not one that was recently excavated or was intended to be used by Hamas in the near future. The Eshkol Regional Council said, “The tunnel does not pose a threat and is being handled by the IDF.” The IDF also shot down a drone that infiltrated from Gaza after it crossed into Israeli territory. Maariv’s military analyst, Tal Lev-Ram, wrote that while the IDF exposes Hamas' activities underground, Hamas continues to use other means in the air, and the army is preparing to significantly use drones in the next major confrontation.

Maariv’s Yasir Ukbi reported on how Gazans are paying money - and being scammed - to get work permits to work in Israel. With 71% unemployment among the younger generation and even more among academics, Palestinians in the Gaza Strip dream of work permits in Israel. Five years after Operation Protective Edge Gaza residents suffer from severe unemployment and dream of work permits in Israel: "No balloon would have been launched if the Israeli farmers in the Gaza periphery would have accepted farmers from the Gaza Strip.” According to Gaza residents, tens of thousands of Hamas members are holding the two million Gazans hostage. They know that only work permits in Israel will help them get out of this suffocation, but (Israel allows) only 5,000 Gazan merchants are to enter Israel. "People here sell their wives’ gold, borrow money, and what don’t they do to obtain exit permits to Israel," says Mohammed, a resident of the northern Gaza Strip. "I saw the line of people standing to receive $100 of the Qatari money, which is nothing compared to those who dream of getting out of the siege to Israel in order to work…People here sell everything to (buy a permit) to get to Israel and make a living. Those who don’t get approval, it’s as if the sky fell on him. People don’t know how they’ll pay their debts, especially at supermarkets. Some people are tricked by cheats, and the permits they get are forged, so they lose their whole world." "People here know that what they get from a calm (no skirmishes with Israel) is electricity and Qatari money," says Issa from the southern Gaza Strip. "Even the fishermen know that it all depends on the mood of the Israeli navy…I wish that the Gaza Strip would accept Palestinian farmers from the Gaza Strip - not a single (incendiary) balloon would be launched. Not even balloons of love. Most of the people are the silent, they don’t say anything. If they says something against Hamas policy, they find themselves behind bars, and there were cases like that."  Haaretz’s military analyst Amos Harel wrote that it is not being publicized, but Israel is giving more permits to Gazans to work in Israel to relieve the economic and humanitarian crisis there. (See Commentary/Analysis below.) And Maariv’s Ukbi also reported that an Egyptian security delegation will arrive in the Gaza Strip at the end of the week and meet with senior Palestinian Authority officials and senior members of Hamas to talk about the internal Palestinian reconciliation and the an agreement between Israel and Hamas.


Elections 2019 Quickees:
Israel's Center-left Seeks to Form anti-Netanyahu Bloc, but Union Remains Elusive - Ehud Barak, Meretz and Labor are mulling the option of joining forces, but there is concern that two parties running together could sink the third. (Haaretz)
Tzipi Livni considering political comeback, but only if Barak and Labor join forces - Ehud Barak meanwhile says he hasn’t ruled out joining forces with Labor and is willing to be second on a joint slate. (Haaretz+)
Report: Ehud Barak in talks to bring (former Peace Now leader) Avi Buskila to his party - Channel 13 News reported that the former prime minister, who founded the "Democratic Israel" party, is conducting talks with a Meretz member and former Secretary General of Peace Now, in order to have him join the party. (Maariv)
A new adviser to Kahol-Lavan: the man behind Obama's successes - Maariv has learned that the party recently signed Joel Benenson, one of the leading US strategists and consultants. He recently also was an advisor to Facebook. (Maariv and JPost)
Netanyahu urged to give Shaked a top spot on Likud list - Some in the prime minister's inner circle are warning that former justice minister Ayelet Shaked is an asset worth right-wing votes and leaving her out in the cold could prove dangerous for the ruling party's continued leadership. (Ynet)
Meretz Chairperson gives up his salary till elections  - Nitzan Horowitz, the new Meretz leader, announced to the party's financial committee that he would not take a salary of 40,000 shekels a month for the next two months. "He prefers to budget more activities in the field for the election campaign," say his associates. (Yedioth, p. 12)

Elections 2019 Commentary/Analysis:
For Populists Like Trump, Netanyahu and Berlusconi, TV Garbage Is Golden (Chemi Shalev, Haaretz+) New research on the direct link between the dumbing down of TV and support for populist candidates in Italy is applicable to Israel and the U.S. as well
Netanyahu and Barak are telling stories and making promises (Sever Plocker, Yedioth/Ynet) Netanyahu says he's the only one who can lead the Likud Party to a win, when in fact he only won twice and the rest of his terms were a mastery of coalition-compiling maneuvers, not of winning; Barak says he's the only one who can beat Netanyahu, when he was only able to do it once, while others also had.
Israel’s Former Army Chiefs Not Hitting the Target in Politics (Zvi Bar'el, Haaretz+) The question that Israelis now have to ask themselves is whether they would want Gantz, Barak or Ya’alon as chief of staff after seeing their abilities in civilian life
The Kahol-Lavan MKs will prefer to go with Gantz, and not with the professional haters of Netanyahu (Menachem Ben, Maariv) After the next elections we will need a unity government and a rotation between Netanyahu and Gantz, who proved that his judgment and fairness can be trusted. Any other possibility would endanger Israel.
Lieberman the Kingslayer Wants Payback (Nehemia Shtrasler, Haaretz+) You can criticize him until the cows come home, but there’s one thing on which everybody agrees: He’s unconventional. He’s unpredictable. He doesn’t follow the crowd. He’s the only politician who’s willing to pay the full price, even if that means political suicide, to take revenge on and destroy a rival. That’s why Benjamin Netanyahu is so anxious about Avigdor Lieberman. The prime minister knows him well. Lieberman wants retribution, and not just for recent events. He wants payback for the years during which Netanyahu fed him a line: He didn’t keep his promises to Lieberman, undermined him, isolated him and badly damaged Yisrael Beiteinu. As a result, Lieberman wasn’t part of the coalition government Netanyahu formed in 2015…Lieberman recently expanded his line of attack to include the right flank of religious Zionism and their pre-army academies, making reference to the Lebanese political scene in labeling them the Phalange and religious militias. Those remarks were also well-taken…The time has come for us to stop being the followers of the Gur rebbe and the pawns of Bezalel Smotrich of the Union of Right-Wing Parties. It would be very helpful if they sit in the Knesset opposition ranks after September 17.
The left insists on saving Netanyahu from his voters (Ben-Dror Yemini, Yedioth/Ynet) Likud voters are a diverse group, fearful of a binational state that would lose Israel's Jewish majority, critical of funds handed out to ultra-Orthodox parties to secure their support and accepting of many of the positions held by centrist parties.

Interviews:
"I'm willing to leave the Palestine team to play in the (Israeli) Premier League"
He (is an Israeli Arab from the town of Tayibe who) grew up playing for Hapoel Kfar Sava, transferred to the Palestinian league and became the star of its national team. Although Abdallah Jaber, 26, is honored and has star status in the Palestinian league, and he earns very high sums (he says over 1 million shekels per season), he is willing to give up the astronomical wages and his place on the Palestine team to play in the Israeli Premier League. In an exclusive interview he speaks courageously and openly about his desire to break the glass ceiling, as well as the barriers of racism, and move from the Palestinian League to Israeli soccer - and perhaps even star in Beitar Jerusalem uniforms. [NOTE: Beitar Jerusalem hardcore 'La Familia' fans refuse to allow an Arab to play on the team. - OH] (Interviewed by Shimon Elbaz in Yedioth Hebrew)