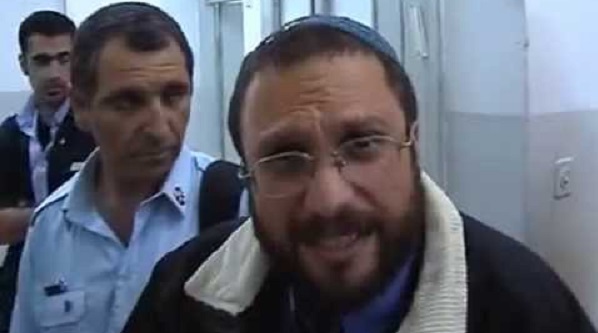 You Must Be Kidding:
The Jerusalem Magistrate's Court overturned the conviction of right-wing activist, Noam Federman, who was documented hurling rocks at Palestinian cars and smashing the windshield of another car in Hebron. The Israeli penal code treats stone throwing as a felony, with a maximum penalty of 10 years for stoning cars, regardless of intent to endanger passengers. Federman was only ordered to pay $56 in compensation to each of the two Palestinian car owners. **
Front Page:
Haaretz
Yedioth Ahronoth
Maariv This Week (Hebrew links only)
Israel Hayom

Top News Summary:
With the exception of Haaretz, today’s newspapers focused on the candidates and the parties moves ahead of Israeli elections. Israeli Prime Minister Binyamin Netanyahu and his rival Ehud Barak, leader of the newly formed ‘Democratic Israel’ party, smeared each other on social media networks, on connections to wealthy Jewish criminals abroad (American sex-trafficker Jeffrey Epstein and French criminal Arnaud Mimran) or ability to do the bottle cap challenge. Maariv’s Ben Caspit wrote that Netanyahu has a “new rabbit” to win the upcoming elections: a formal defense pact between Israel and the United States. Caspit wrote that Netanyahu, “who is looking for another gimmick to persuade his supporters to vote for him, is considering the possibility that President Trump will declare a defense pact, and in exchange he will secretly promise (Trump) a positive answer to the 'Deal of the Century.'"

Elections 2019 Commentary/Analysis:
What will Ayelet Shaked do? The former justice minister understands the value of her stock and is not reluctant to exercise her options (Yanir Kozin, Maariv) The question around Shaked has become the most frequently asked question in recent weeks in the political system. Does the buzz around her really correspond to reality?…In the right-wing, various proposals for brining in Ayelet Shaked have come up and down. The proposal that is leading at the moment and appears to be one of the realistic ones for the unification of the right-wing parties, according to a proposal promoted by National Union Chairman Bezalel Smotrich, Shaked will be placed in second place…while Smotrich is currently in 2nd place and will be pushed to third place. There’s also the "proposal" from the Likud. There are various Knesset members, some of whom speak honestly, some of them misrepresenting, that Shaked should be reserved a spot in the party. In any event, it seems that this possibility does not really exist, considering the bad blood that has passed, and is still furiously passing between Ayelet Shaked and the Netanyahu family and even more so the Prime Minister's wife, following events that took place more than a decade ago. One Likud Knesset member said half-heartedly, half-seriously, "You know when Shaked will be in the Likud? 50 years from now, you know why? It will happen when Netanyahu dies at the age of 120.”
The order of the day (Amnon Lord, Israel Hayom) The Likud must recruit Ayelet Shaked and Naftali Bennett as quickly as possible to prevent an election-day defeat and the emerging unholy alliance between the Israeli Left and Arab parties.
Ben-Gurion, like Netanyahu, preferred a partnership with the religious parties rather than the left (Aharon Papu, Maariv)  The future of the Labor Party is only in Zionism. Its followers, which encourage it to adopt the idea of a Jewish-Arab state, essentially are recommending suicide.
Ethiopian demonstrations have become fertile ground for right-wing opposition to attack the left (Dr. Revital Amiran, Maariv) The protest of the Ethiopian community again revealed the  absence of humanity on the right-wing, which does not have a social agenda to offer. In order to cover up its embarrassment, it chooses the old trick of throwing mud at the left-wing.
The Left doesn't have a monopoly on solidarity (Itamar Fleishman, Israel Hayom) It's great that the Israeli Left is lining up alongside the Ethiopian Israelis in their justified protest. It would also be nice if they were active in the community on a regular basis.
In the coming elections, those who know how to manipulate and provoke will win (Dr. Liraz Margalit, Maariv) In the evolution of social media networks, the most tradable currency is the attention of people. The more provocative the information is, the more likely it is to become viral and to be translated into votes.
A great general is not necessarily a great politician (Amatzia Chen, Israel Hayom) Few, if any, of the top generals who transition into politics after leaving the army made any significant contributions to the defense of the nation, so it's hard to understand why the Israeli public rushes to endorse them.